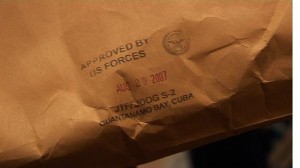 Screening of Outside The Law: Stories From Guantánamo
Sunday 22nd November 2009 at 6pm

“Outside the Law: Stories from Guantánamo” is a new documentary film telling the story of Guantánamo. Focusing on the stories of three particular prisoners — Shaker Aamer (who is still held), Binyam Mohamed (who was released in February 2009) and Omar Deghayes (who was released in December 2007)  — “Outside the Law: Stories from Guantánamo” provides a powerful rebuke to those who believe that Guantánamo holds “the worst of the worst”.
The film is screened as part of a double bill with ‘Gitmo – The New Rules of War’, 2006 directed by Erik Gandini and Tarik Saleh, which starts at 4pm. 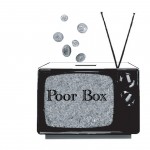 The Joseph Rowntree Foundation have now launched the Poverty and Participation in the Media project.

Click on the links to view video clips from the project on how poverty is portrayed in the media.

Joseph Rowntree Foundation : Poverty and Participation in the Media

Vimeo: Poverty and Participation in the Media

Poverty and Participation in the Media – Screening Event with Discussion 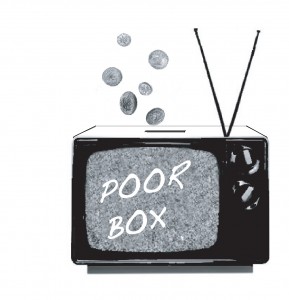 A participatory media project examining how the media treats poverty and those affected: Looking at opportunity and exclusion; representation, stigmatisation and stereotyping. With the wealth gap on the increase and virtual segregation of the classes creating urban ghettos – Does the media influence bridge or increase the divide?

You may have seen us filming already. Now we’re looking for White City residents to produce they’re own film about the area. Anyone interested in being involved will be taught to use our professional digital video equipment to create a film about the Olympic history, how White City’s changed since then and how it’ll continue to evolve in the future.

White City has transformed so much over the last century, this will be a great opportunity to be tell that story and pick up some useful skills and local knowledge along the way.

The first shoot date is Thursday 6th August, when we’ll be running an introduction at Pheonix School before going down to film the Street Athletics and hopefully get some interviews with Linford Christie, Andy Slaughter MP and those watching and taking part in the event.

If you can’t make the day but would like to be part of the project there will be more chances to film, research and get involved. To get details for the day or get in touch check the Well London Media Project

Guardian Journalist, Andrew Sparrow, has hit out at the Jeremy Kyle Show’s aggressive and self-righteous exploitation of guest’s varying manifestations of poverty.

The article, which uses research from Joseph Rowntree Foundation’s ‘Public Interest in Poverty Issues‘ project, considers the report’s assertions that the show is:

‘presenting the less well-off as “undeserving” objects of derision’

‘while the Jeremy Kyle Show presents itself as a programme about relationships, “it could be viewed as a rather brutal form of entertainment that is based on derision of the lower-working-class population”.’

‘A spokesman for the Jeremy Kyle show responded, “It is unfortunate that this report presents a one-dimensional view of our programme. The Jeremy Kyle Show does not seek to ‘deride’ any particular social class or portray any group of people as ‘undeserving objects’. On the contrary, it focuses on real people with real problems addressing conflict in their lives, problems which reflect genuine issues within society, and seeks to help them achieve a resolution. We do this both within the programmes and with the support of an aftercare team comprised of qualified mental health nurses and a psychotherapist.”‘

It seems interesting to me that a report that engaged experts from so many fields would come to such a conclusive, singular conclusion without it being warranted.

and the presence of professional care following the show demonstrate that that Jeremy’s dressing down of guests, before a studio and large television audience, is a nothing more than Tough Love?