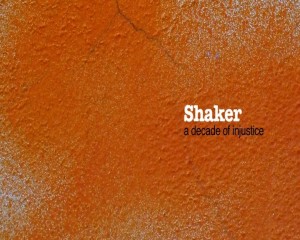 Spectacle is pleased to announce that the official Shaker: A Decade of Injustice Trailer is online. Spread the word and get Shaker Aamer out of Guantanamo!

Watch the full film here:Shaker: A Decade of Injustice Film

February 2012 marked the tenth anniversary of the last British resident, Shaker Aamer’s capture, extraordinary rendition and incarceration in the notorious prison Guantanamo Bay, Cuba.  The controversial detention camp is universally known for its systematic use of torture and indefinite detention.  Having never been charged with a single crime Shaker Aamer has been cleared for release twice by both the Bush and Obama administrations in 2004 and 2009, and yet the reason why he is still imprisoned remains unclear. After years in solitary confinement, Shaker Aamer’s physical and mental state is rapidly deteriorating.

Saudi-born Shaker Aamer lived in Battersea, South West London with his wife and four children. He was captured shortly after 9/11in Afghanistan while he was voluntarily helping to build a school. During this time the United States were offering $5000 per suspect given to them. The alleged original reasons for his capture, his supposed ties with Al-Quaeda, have been dismissed due to lack of evidence.

Shaker Aamer: A Decade of Injustice recounts the story of his unlawful imprisonment, of the torture he has endured and the campaign that is being fought for his freedom. It outlines the possible reason why he hasn’t been released, these include his status in Guantanamo Bay as a leader and spokesperson for the other prisoners, his allegations of the UK governments complicity in his torture, and what he may have witnessed the night of the multiple “Guantanamo suicides”.

Shaker Aamer: A Decade of Injustice was filmed over the past three years documenting the story of the campaign to free him, their struggle, and the wider political implications of his incarceration. As years went on and nothing changed, the necessity to make the film became more urgent.

Spectacle is engaged in making investigative, community-led documentary films touching on issues such as urbanism, racism and radical philosophy. Outside the Law: Stories from Guantanamo,  The Truth Lies In Rostock and The Battle of Trafalgar are some of the titles Spectacle has released since it started in the ’90s.