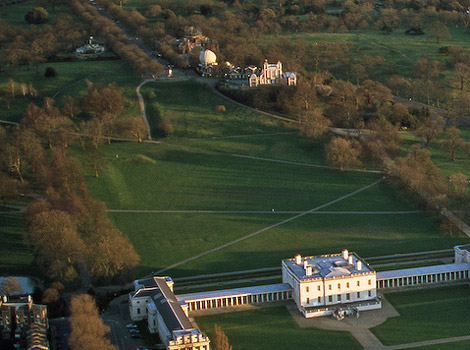 The Olympic Delivery Authority/London Organising Committee of the Olympic and Paralympic Games (ODA/LOCOG) expected Greenwich Council to grant planning permission for Circus Field to be used for the purposes of the Olympics, even though no details of the proposed use have been included in the public consultation documents.

To this end, LOCOG wanted to be able to enclose parts of the grounds for the equestrian events there. However, for this they needed permission from a Regional Development Authority. This little legal mechanism is to avoid national authorities from riding roughshod over smaller, regional areas.

To get around such sticky planning issues, the London Olympic Games and Paralympic Games Act 2006, was drafted to include, among the purposes of a Regional Development Authority (s.36(1)), the task of preparing for the Olympic Games. However, by virtue of s.36(2), the may only prepare directly “at the request of the Olympic Delivery Authority.” Therefore the responsibility of the Regional Development Authority (specifically now the London Development Agency) is acting at the request of the ODA, in this instance, in acquiring a short lease of Circus Field from the Crown Estates owner of this part of the registered common. Part of the Olympics Act (Section 36 paragraph 3(c)) also stated that “no enactment regulating the use of commons, open spaces or allotments shall prevent or restrict the use of the land for construction, other works or any other purpose (but this paragraph does not disapply a requirement for planning permission)”.

All of this means is that the ODA can directly order the Regional Development Authority to apply for permission to build on whatever common they so desire.

However, as Mrs. Mawhood, who works independently and on behalf of NOGOE 2012, has pointed out, Circus Field is not a “registered common”, it is Metropolitan Common Land. This places it in the remit of the Metropolitan Commons Supplemental Act 1871, which creates its own restrictions: “The Commissioners shall not entertain an application for the enclosure of a metropolitan common, or any part thereof” (Section 5) This does suggest that a separate act of parliament is required to enclose a Metropolitan Common…

Nothing will stop LOCOG though! They have have now signed a tenancy of 12 months granted by the Crown Estate to the ODA by virtue of new legislation. This agreement overrides the need for any permission (apart from planning) from Greenwich.

This only lends yet more credibility to the accusation that the Olympics is not a project which listens to opposition, especially on planning grounds, where the rules are simply rewritten to suit the project’s needs.