The Pepys estate and Marsh Farm workshops took place in early August. We hoped to discover what people from the estates felt about poverty in the media and how people (such as themselves) are represented in the media and TV. The people from each estate vary in culture and background  (some are born into poverty and others have had it imposed upon them by circumstance).

At the Pepys estate, we had 4 participants. One of the most prevalent topics was on an article that emphasised postcode prejudice. Another popular subject of debate was the TV documentary “The Towers”. All of the participants were horrified at the inherent implications of both the article and programme.

At Marsh Farm, we had more people attend (8).  This time, with a larger group, we discussed general poverty issues as well as some interesting specifics. One such topic regarded the different types of poverty (financial poverty, spiritual poverty or emotional poverty).

At the start of each workshop, the participants were given a tutorial on how to set up and use the camera/film equipment. After this they considered relevant questions (for example: “what does it mean to be poor in the UK?” and “how does the media represent it?”). Then they took it in turn to interview each other.

Below are some comments from the participants regarding the workshops:
‘It gave me a chance to voice my opinion which I wanted to do for a long time’

‘I found the technical side filming interesting’

‘It was good because we were able to put our views across that don’t always get across’.

‘The interviews reinforced my existing opinion’ 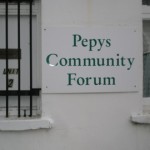 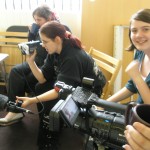 One thought on “Workshop feedback”