Finally somebody else noticed the endangered condition of Battersea Power Station. 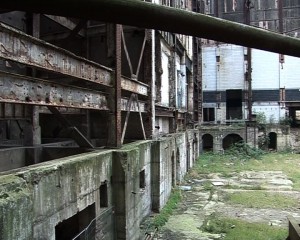 Hopefully this happening will draw attention to the continuing failure of a succession of private owners – mostly foreign based – together with Wandsworth Council and English Heritage, to see that the building is properly looked after and given appropriate new lease of life. We also hope that inclusion in the World Monuments Watch 2014 will help to bring about a new and better approach to the preservation of this important building.

Ten years ago, we were told by then owner Parkview that inclusion in the World Monuments Watch was unnecessary and they said: ”Plans for the restoration of this landmark are already well underway” (AJ 02.10.03).   But since 2004 there has been no progress at Battersea Power Station, which has been allowed to deteriorate further.

Parkview sold to Irish developers Treasury Holdings in 2006 which also made no progress and went bankrupt in 2012.  The current owners – a Malaysian consortium – propose to surround Battersea Power Station with blocks of flats up to 18 storeys high, obscuring the famous London landmark from most directions.

The consortium justify the excessive height of the towers by saying this is necessary to fund the restoration of the grade II* listed building.

We are calling for a different approach with ownership of Battersea Power Station transferred to a trust to be repaired using funds from the Heritage Lottery Fund and other sources.  (There are precedents for this: the former Bankside Power Station became Tate Modern with £50m of lottery money and £60m of private money.)

The consortium also proposes to carry out Parkview’s plan to demolish the chimneys. This despite an authoritative engineering report jointly commissioned by the Twentieth Century Society, World Monuments Fund and ourselves in 2005 that showed that the case for demolition is not proved.  We fear that the consortium will take the chimneys down and will then invent a reason not to put them back up. They must be stopped. 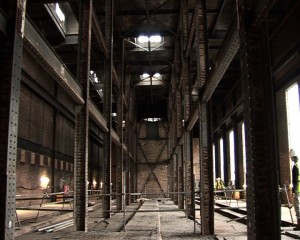 38,000 people visited Battersea Power Station during London Open House, far more than any other building taking part. It is bizarre and anomalous that this hugely popular building has not benefited from Heritage Lottery Fund largesse since the lottery was established in 1995.   We call on English Heritage to take the lead in rectifying this situation.

Battersea Power Station has been described as “… one of the supreme monuments of twentieth century Britain”.  Foreign speculators can no longer be trusted with this important building which must be repatriated forthwith and repaired with public money.

Battersea Power Station Community Group has been campaigning since 1983 to save the listed building. To make a donation click here.

President Blatter and FIFA, can we count on you?

Today is a big day for football, aka soccer. National teams across the globe are competing to qualify for the 2014 World Cup in Brazil.

Thousands of people in Brazil are also wondering today, “will my community still exist when the World Cup comes to town?” We sure hope so. And that is why we are posing this question to FIFA and its president Joseph “Sepp” Blatter, “can we count on you to prevent this displacement?” With so much influence in the process and a mission of social responsibility and having positive impacts on society, we know FIFA can prepare for the Cup without destroying communities and moving residents out of site.

Please join us in posing this question via twitter! Here are some sample tweets to get started:

Communities in Brazil are at risk of displacement ahead of #WorldCup. @SeppBlatter can we count on u to prevent this? bit.ly/R4HOME

Communities in Brazil are at risk of displacement ahead of #WorldCup. @FIFAcom can we count on u to prevent this? bit.ly/R4HOME

Brazil communities at risk of displacement ahead of #WorldCup. @SeppBlatter @FIFAcom can we count on u to prevent this? bit.ly/R4HOME

.@SeppBlatter Pls work with Gov’t of Brazil to prevent displacement ahead of 2014 #FIFA #WorldCup bit.ly/R4HOME #hometeambrazil

.@FIFAcom Pls work with Gov’t of Brazil to prevent displacement ahead of 2014 #FIFA #WorldCup bit.ly/R4HOME #hometeambrazil

For the Home Team, 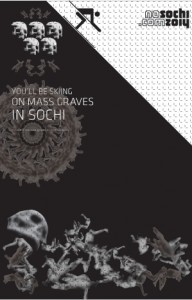