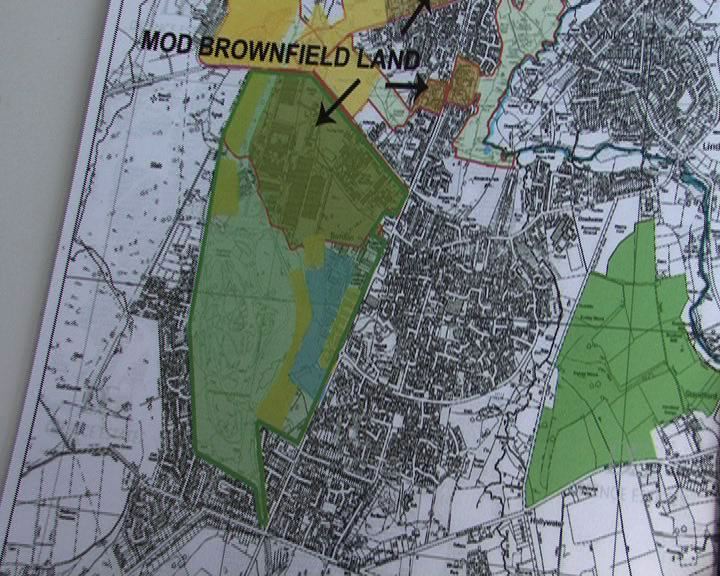 Malmö in Sweden, Freiburg in Germany and Amersfoort in Holland, they’re all doing it – Eco Town’s appear to be the next big thing and the UK is not far behind. With potential eco projects already planned in Cornwall, Oxfordshire and Norfolk,  Spectacle have now turned their focus closer to home and onto the small town of Bordon in East Hampshire.

The town is looking to go through an enormous makeover with 5000 new homes built to the Government’s criteria on ‘Eco-towns‘ resulting in a vast amount of funding to aid the development of the Council’s Master plan.

The catch. The town’s population will double in size, the new homes may interfere with green spaces and wildlife, the development is proposed over 20 years and Bordon seems unlikely to be able to cope with the increase of people due to the lack of infrastructure and facilities already present.

It would seem Bordon residents are content with their small town status and although happy to foresee some improvements and increases in housing, the proposed 5000 new homes has generated  controversy.

Residents were generally satisfied with the initial plans of 2000 homes but the new plan of 5000 has triggered the locals to speak up and appeal this huge proposal for the area.

The Bordon Area Action Group (BAAG) has been formed to protest the plans and has attracted a lot of local interest. Spectacle visited the area on the 24th of April and interviewed several of the groups members and supporters as well as one of East Hampshire’s Council members and the interviews can now be found online on the Spectacle project page.

It seems the question everyone wants to know the answer to is what makes this new development Eco? Is this really an effective answer to going green or simply an excuse to solve wider issues such as housing and funding?

According to The Guardian (July 10), the metropolitan police have launched an investigation into allegations by Binyam Mohamed that MI5 officers were complicit in his torture.

The investigation has been launched by the Attorney General after Binyam, a former Guantanamo detainee, persistently argued he was interrogated by MI5 and the FBI while being tortured in Pakistan.

Later on in his detainment, whilst being held captive in Morocco, Binyam became aware of British agents feeding his torturers questions and information. This supports  the claim of many other former captives, including Omar Deghayes who is featured on the Spectacle website, that British agents were not only aware of torture by foreign agents but used it to garner information from suspects.

The question we have to ask is why it has taken the police so long to launch this investigation and when  will criminal investigation be extended to every case of torture?

Furthermore, given the governments reluctance to release key documents related to Binyams case how indepth is any investigation going to be?