Rafael Vinoly claims his designs for the monstrous and greedy buildings that will obscure and dwarf Battersea Power Station are inspired by Regency Terraces such as those around Regents Park. This suggests that he has never actually seen Regency buildings or he has a post-ironic sense of humour. 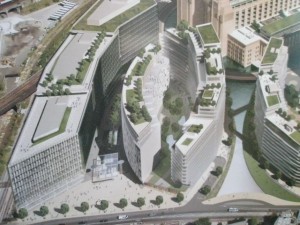 His designs have none of the sense of scale, proportion or elegance of Regency architecture. No thought has been given to how they interface with the street level. They are monotonous and ugly. They are designed to be the maximum height possible, level with the “shoulder” of the power station, thereby making the beautiful Power Station almost completely hidden from view except from across the river. 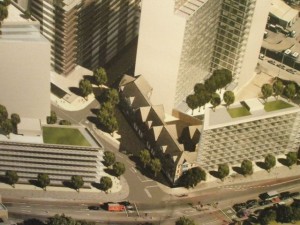 It is hard to imagine buildings less Regency in style, is it possible that he was mistakenly looking at pictures of rejected hotel developments in Marbella or Malaga? 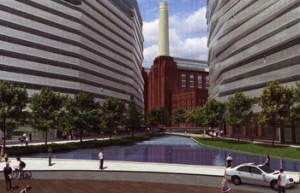 Note how the much trumpeted “public space” around the Power Station is in fact water and therefore unusable, a trick learned from Centre Point.