New Release from the Archive!

Over the past 4 months, Spectacle has been holding weekly workshops to explore the footage from the Silwood Archive.

One topic that Silwood residents expressed interest in seeing more information about is the story of a missing sculpture called Neighbourly Encounters. We have edited together some information from the archive about this statue. Please have a look.

The sculpture was commissioned from the artist Uli Nimptsch for the new GLC Silwood Estate and stood on the estate from 1964 until it disappeared some time in the 1980s or 90s.

If you have memories of Silwood, and would like to watch more Archive footage please visit this link.

If you are interested in joining us in selecting parts of the Archive to edit into short videos such as the one you have just watched, please subscribe here.

‘What about an 115m helter-skelter steel sculpture?’

So went the conversation about the conception of the planned Orbit sculpture to be completed in time for the London Olympics. You would assume then that there must be enough of a kitty for the post-Olympic regeneration project in East London, available for creating affordable housing to combat the rising house prices and for creating job opportunities in response to the high local unemployment levels. Refreshing to know the Olympics definitely won’t go over budget.

The main hypocrisy of the structure, highlighted in Felicity Carus’ blog for The Guardian which you can read here, is that the carbon emissions of the tower’s sponsors ArcelorMittal are roughly the equivalent of the Czech Republic’s carbon emissions for an entire year, an interesting move for the world’s first sustainable Olympic Games. But the main thing is that the red steel framework would be ‘our Eiffel Tower’, says Boris Johnson, so faith is restored. 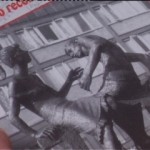