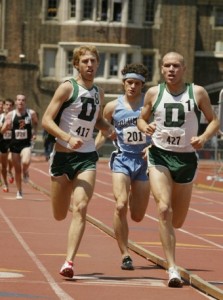 The London Olympic Marathon will not go through the East End or finish at the Olympic Stadium as is tradition. To please the Olympic Committee, it will pass through the West End showcasing tourist landmarks St Paul’s Cathedral, the Houses of Parliament and Tower of London.  The race is planned to finish in the Mall with Buckingham Palace as its TV friendly backdrop. The race walks are also set to be held in central London instead of the East London as first planned.

Tower Hamlets Council have created a petition as well Facebook group to protest the decision. They claim that Sebastian Coe, chairman of London 2012, had promised them that the marathons would pass through their area.

In his defense, Coe stated that “This is not a beauty contest and it would be ludicrous to suggest that we are ashamed of the East End,” when he met with Ali during the Labour Party Conference in Manchester. Although defiant, Coe did promise that the Olympic Torch Relay would pass through East London.

The London Thames Gateway Development Corporation (LTGDC), the Government’s lead regeneration agency for East London, has described the decision not to route the marathons and walks through that area as a “missed opportunity” to promote the region as a key investment destination to international investors.

As with Greenwich Park (see here and here), spectacular televisual backdrops demanded by the Olympic Committee override the interests of London and its residents.