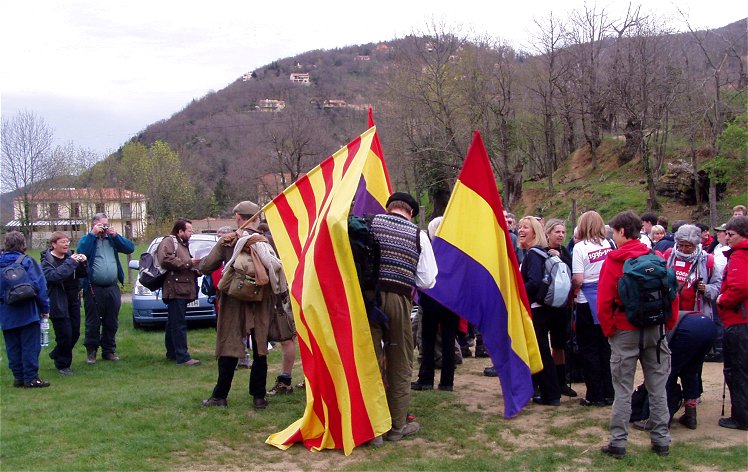 Watch these highlights of the 2012 Pyrenees commemorative walk,  as a small group of people retrace the path of the thousands of volunteers who crossed the Pyrenees into Spain to fight the Nationalist forces led by Franco in the Spanish Civil War.

On this long journey a memorial is held for the most recent members of the International Brigaders who died and many members of the group give a reading.

If you are interested in this topic, see Spectacle’s interview with the International Brigader, Bosco Jones, focusing discussion on history of the Spanish Civil War.