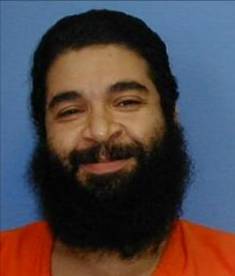 Shaker Aamer was detained in Bagram 2002 - a period under investigation by the Gibson inquiry into detainee torture by British agents.

The panel leading the Gibson inquiry into the government’s involvement in torture since 2001 has claimed it will go ahead despite NGOs and lawyers required for the inquiry rejecting its protocol due to a breech of Human Rights law. Though many expect very little in the way of justice resulting from the inquiry, it should remind us that the issue of torture is far from being a thing of the past.

Organisations such as Amnesty International, Liberty and Human Rights Watch refused to take part in the independent inquiry due to the lack of ‘credibility or transparency’. In a letter to the Inquiry panel, 10 non-governmental organisations claim that the protocol for the inquiry ‘would not comply with Article 3 of the European Convention on Human Rights’ – the absolute ban on torture. Once more, former detainees requested for testimony will not be allowed to hear the key evidence as this will be discussed in secret sessions leading lawyers of the detainees to also pull out of the inquiry.

One such detainee, Shaker Aamer, could be called as a witness to MI5 and 6 complicity into torture in Bagram 2002. However Shaker is currently still being held in Guantanamo Bay detention facility where he claims he also suffers torture at the hands of American security companies and officials. The British government will have to obtain permission from the American security services in order to interview Shaker inside Guantanamo, a fact that has also cast doubt on the ability of the inquiry. Shaker was given clearance for release by the United States in 2007 and his continued detention has led some to think he may have key evidence against the British government’s actions that could be exposed through the Gibson inquiry.

In December 2011, Shaker will have remained in American custody for 10 years without charge or trial. As a British resident with a British wife and children living in London, the Save Shaker Aamer Campaign believe he deserves British protection and call upon the government to secure his release. Spectacle Productions are working on a documentary on Shaker’s story following on from their film Outside The Law: Stories from Guantánamo  which has been screened across the UK and distributed in the USA. The London Guantanamo Campaign will be holding a protest outside the U.S embassy on Friday 2nd September from midday to call for the release of Shaker and over 100 other detainees still held in Guantanamo. Spectacle will be joining them to document this continued struggle to end torture, extraordinary rendition and other illegal practices conducted by US and UK forces. Get in touch with the London Guantamo Campaign if you would like to attend.