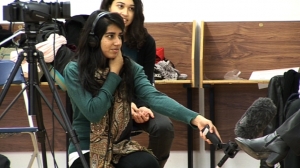 As well as working alongside Spectacle to film the process and content for the final film, students also turned the cameras on each other and took part in the editing process, with contributions from Groundwork London, Global Action Plan, and Brent Council.