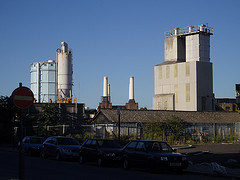 Locals might sigh in relief that the ugly, grandiose and greedy plan might not happen but this is just another episode in the “pass the parcel” property game where the lucky winner will be the owner who gets permission to knock it down and make a killing.

This waiting game by a succession of property speculators, they are not “developers” as they have done nothing but knock up artist impressions and take the roof off, means the whole area continues to suffer from planning blight. It is time the Power Station was taken back into public ownership as a London amenity like its sucessful sister building the Tate Modern.

When will English Heritage, the London Mayor or Wandsworth council act?