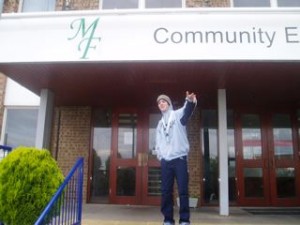 I am writing to complain about the serious and damaging misrepresentations made by John Waite on Face the Facts regarding the Marsh Farm estate in Luton and our efforts to regenerate our community as part of the governments New Deal for Communities programme.

There are many cases of serious misrepresentation of facts throughout the entire programme but for purposes of initiating my complaint I will focus on the most serious and damaging wrong assertion made in the programme.

Waite gave the listener totally inaccurate information relating to the Marsh Farm Community Development Trust and its investments as part of the New Deal for Communities project, contrasting this alleged lack of investments with the New Deal programme in Norwich which was presented as a success story with £15 million capital investments and an annual return on those investments of between £3-400,000 per annum.

To emphasise the point the presenter John Waite said:

“An objective which – at least in Norwich – is well on the way to being met. Everyone I spoke to there said the £30 million of NDC funding so far released had been very well spent. Contrast that to Luton, just a hundred miles away, and its Marsh Farm estate, and the story’s a very different one. No smart new business centre there – just a tired old shopping centre.”

The programme goes on to give the clear impression that Marsh Farm New Deal has invested £27 million with nothing to show for it with regard to assets or sustainable project potential.

This could not be further from the truth.

Whilst doing his report from the Purley Centre, Waite was in fact standing directly opposite the largest single community owned building in the UK – a 120,000 sq ft former factory sitting directly in the centre of our community – which was paid for, equipped, brought into use and is kept in operation by New Deal funding. It used to be known as the ‘Coulters Factory’ and is now known as the ‘CERC’.

The sign at the front clearly says ‘The Marsh Farm Community Enterprise and Resource Centre’ and if the journalist researching this had taken a glance at Companies House records they show the existence of a company called ‘The Peoples Property Company Marsh Farm’ which holds a single asset – the CERC  building I am referring to.

MFCDT set up the Peoples Property Company when the building was purchased and the MFCDT capacity building team is currently preparing the ground for opening up membership of the company board beyond its current membership (resident representatives and partners) to the entire community, with a view to post NDC assets management strategies etc.

MFCDT ownership of the building has also made possible (by provision of low cost or free space) the prospect of generating dozens of sustainable new jobs in a range of sustainable new social enterprises delivering goods and services to our community and beyond. These jobs would be prioritized for take up by members of our community who are most in need – none of which would be possible without having purchased the invaluable asset that is the Marsh Farm CERC.

Whilst there is still work to be done to ensure post NDC sustainability of the CERC we do have an achievable strategy here on Marsh Farm which is clearly set out in the public document that is the MFCDT 10 year Delivery Plan.

Further to all of this, MFCDT are in discussion with Luton Council about devolution of some of our environmental services that are currently delivered by the council on a town wide scale. The thinking at Marsh Farm Trust has always been that localised delivery could radically improve the service – hence the decision to invest in purchase of our Community Enterprise and Resource Centre. None of the above would be even up for consideration if not for the investment made by MFCDT in the asset.

Just 6 months ago I co-authored an article for leading regeneration magazine ‘Third Sector’ with Dr Gareth Potts, Head of Research and Policy for the British Urban Regeneration Association (BURA) setting out this strategy. Its the availability of all of this information – whether it’s a massive building sitting right in front of John Waite’s own eyes or easily researchable public documents – which makes the misrepresentations all the more shocking. I thought Face the Facts and BBC Radio 4 have a reputation for better reporting than this absolute nonsense which has been broadcast both today and on Friday.

I am happy to forward the article I co-wrote with Dr Potts and any other relevant information to help you with your deliberations, but would ask that this complaint be dealt with speedily as the damage could not come at a worse time for our community building efforts here in Marsh Farm