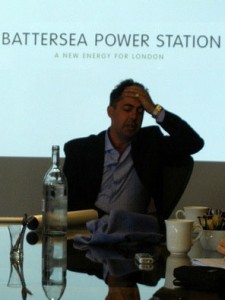 Property firm REO, whose portfolio includes Battersea Power Station, owes millions of euro to its banks, and to the Irish taxpayer.

The company owes a total of €2bn to its banks. This includes nearly €1bn owed to Nama, Ireland’s National Asset Management Agency – set up by the Irish government to take on the debts of banks bailed out in the financial crisis.

With a property portfolio valued at €1.3bn (including the Battersea site, whose valuation is problematic in itself), the company’s debts now far outstrip its assets.

That’s not the end of REO’s problems: it recorded a pre-tax loss of £900m for the 14 months to February 2010. The announcement of those accounts, in June this year, caused a 50% fall in the company’s share price, taking it down to just 8 pence per share, and a market value below £40m. The company is not in good financial health.

So it’s perhaps not surprising that REO are looking to separate the potentially lucrative Battersea Power Station site from the company as a whole. They hope to draw off the property into a separate company, and list it on the stock market before the end of the year.

Investment partners are being sought to help fund the project, with international property groups and Middle Eastern wealth funds thought to be expressing interest.

But these grand plans could be brought to a halt if Wandsworth Borough Council decide not to grant planning permission. Elsewhere on the Spectacle Blog you can find out more about the historical preservation groups who are opposing the developer’s plans for the site.

You can also watch our interview with Alex Baldwin of the Victorian Society and other clips about the power station in the Spectacle video archive.

One thought on “Battersea Power Station owners deep in debt”