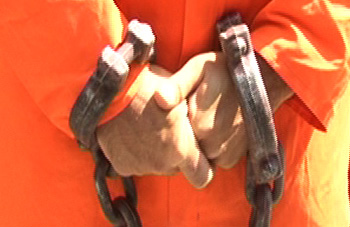 Too many times have we heard about Obama’s promise to close down Guantanamo bay. Still nothing has happened. For too many years have hundreds of men been held in the prison, most of them for no reason at all. What is even more fascinating is that more money have been requested for a new prison at Guantanamo, some of the money is rumored to go to a new camp 7.

Why build a new prison if you are going to close it down? Why still keep prisoners who are cleared for release in Guantanamo? For me it seems like the US government are just coming up with new excuses to avoid closing Guantanamo, avoid taking consequences for their actions at the prison and avoid letting the truth about the torture that the prisoners have subjected to to reach the public.

The hunger strike is still going on at the prison. Guards have confiscated the prisoner’s Korans and other personal items. They have also been disrespectful during praying time.The only way the detainees can protest is by refusing to eat. Why is it so hard to respect people’s religion and how can the world just stand and watch these men being treated like they are worth nothing?

And other question that I hope we will get answered soon is, what is going to happen to Shaker Aamer? Will he ever be able to seet his family again or is he going to spend the rest of his life in a prison, even if he has been cleared for release twice?