Why has the demolition of the south west chimney at Battersea Power Station apparently come to a stop? 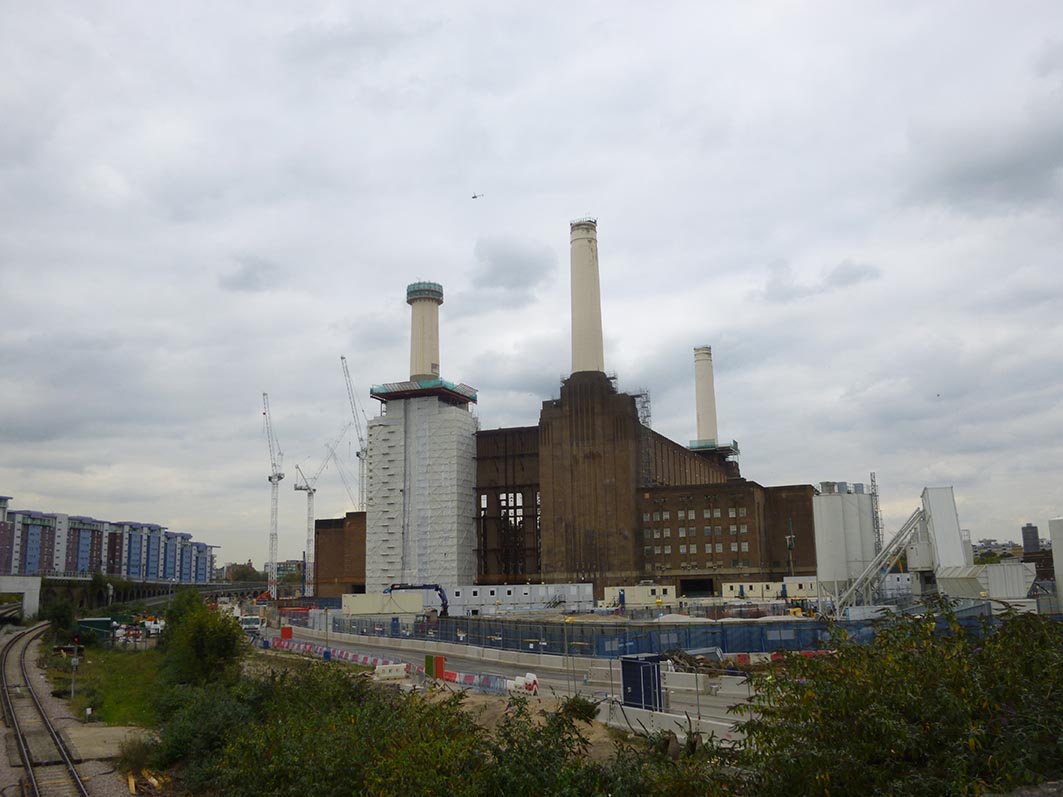 The chimneys as they appeared on September 27th 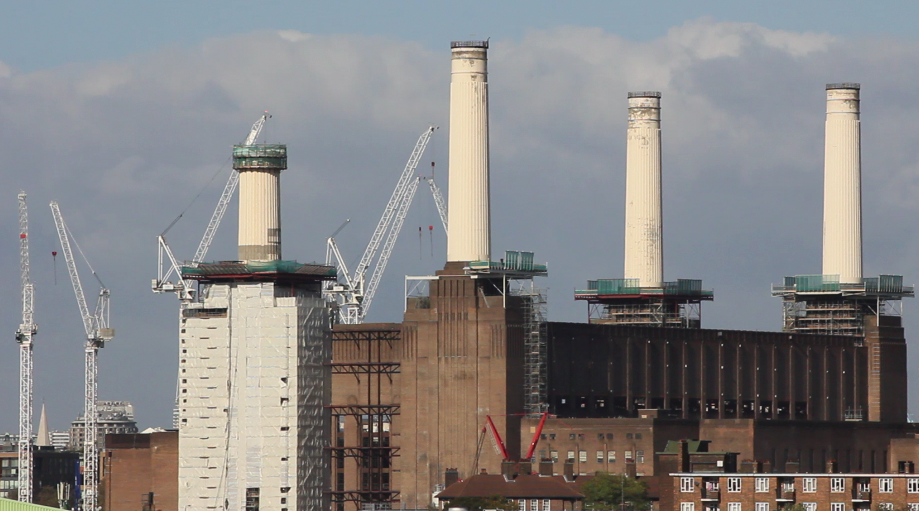 Maybe the project has hit a technical snag- the chimneys are far more robust than the Battersea Power Station Development Company have wanted to admit – but it could also be that it is a barometer of the global economy and an indication of how vulnerable their business model really is. The business model of the current owners, like the previous ones, is a precarious one based on an ever increasing UK property market.

However the current economic climate is not looking good. The property market, according to most informed opinion, has plateaued and, in London, is in danger of going down.

Simon Rubinsohn, Chief Economist at Royal Institution of Chartered Surveyors, in an article about the UK’s Property Market says:

“As a result of the rebalancing in demand and supply, house price growth across the UK appears to be moderating […] prices are still projected to rise nationally over the next year and expected to increase by 2.6% on a 12 month view (compared with around 4% at the start of the year)”
The pound is getting stronger against currencies like the Euro (Milan and Paris are targeted cities for the Battersea Power Station Development Company), making London a less attractive investment and interest rates are going up. 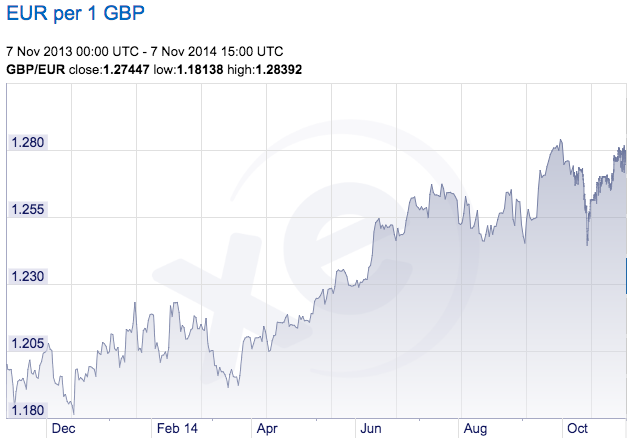 The Labour Party, if they win the election in May 2015, which if due only to the metronomic pendulum swing of UK politics between the two major parties, is a distinct possibility, are promising a “Mansion tax” on all properties worth more than £2m (here is the Royal Institution of Chartered Surveyors’ opinion about the Mansion Tax).

Then there is the UK housing crisis, caused in large part by the selling of London property to foreign investors who have no intention of living in the properties they buy. Whoever wins the next election they need to address this and no solution will leave the property market untouched.

The Financial Times seems to support our worries in a recent article:

“Uncertainty around new property taxes, the strength of the pound on global currency markets and the introduction last year of a tax on homes held through companies have all contributed to the slowdown, according to those involved in trading properties.”

The same article gives us a quite impressive picture of the property market situation. 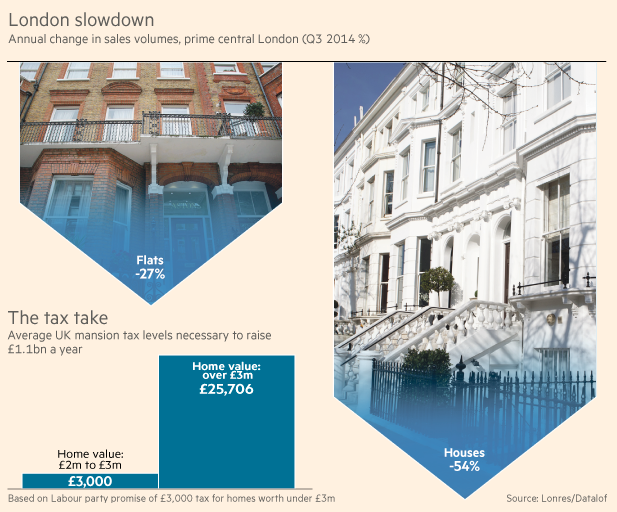 Some data about English Property Market, as published by the Financial Times.

Perhaps the emphasis on selling off-plan to overseas investors is because while there are plenty of rich in the UK  they might be a harder sell being better informed. Overseas investors, basing their judgement on futuristic artists impressions are unlikely to be aware of the smelly and disruptive waste processing plant with its hundreds of daily truck deliveries of reeking rubbish.

Our two faced Mayor of London Boris Johnson, ever the populist, plays it both ways, touring China promoting the London property market as an investment and for a local audience blaming that very market on the chronic housing shortage. 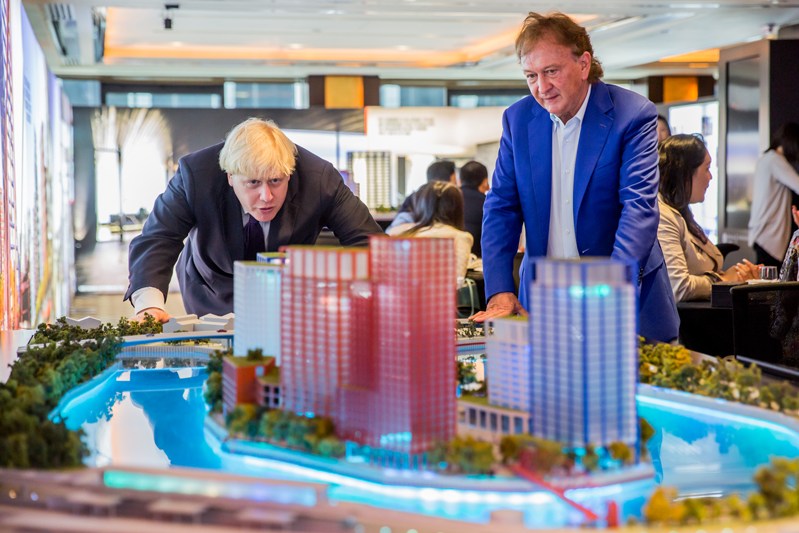 Boris Johnson at the launch of London City Island in Ballymore group sales event in Hong Kong, 18/10/2013) (from www.ballymoregroup.com)

It might be coincidence but in the week the Chimney demolition halted it was reported that the Chinese property bubble would burst soon, probably 2015, with catastrophic ripple effect on the global economy and international banking- possibly triggering a global crash.

“The Chinese crash might make 2008 look like a garden party. As the risks of one increase, it’s worth exploring how it might look. After all, China is now the world’s biggest trading nation, the second-biggest economy and holder of some $4 trillion of foreign-currency reserves. If China does experience a true credit crisis, it would be felt around the world.
[…]
The potential for things careening out of control in China are real. What worries bears such as Patrick Chovanec of Silvercrest Asset Management in New York, is China’s unaltered obsession with building the equivalent of new “Manhattans” almost overnight even as the nation’s financial system shows signs of buckling. As policy makers in Beijing generate even more credit to keep bubbles from bursting, the shadow banking system continues to grow.”

This week the Battersea Power Station Development Company launched their overseas selling campaign of luxury apartments. Three of the cities targeted are Beijing, Shanghai and Hong Kong- all especially vulnerable to the vagaries of the Chinese economy.

The new owners are no different to all the previous owners – they are just better at PR and have better access to overseas markets. As before, despite the excellent PR hype suggesting that “at last work has started”, bolstered shamelessly by a “purse whipped” English Heritage, the only thing the current owners have actually done is demolish – they are taking down the chimneys, demolishing the precious, Grade II listed Victorian pumping station and removing the iconic listed cranes.

In other words the new owners are just flipping the Battersea Power Station. Selling today artists impressions of what MIGHT be built in the future.

We wonder what guarantees prospective buyers have that the off-plan flats they are buying will actually materialise. But then, having more money than sense, they probably do not care.