The first image of complete plans for the transformation of Vauxhall in south London has been released. 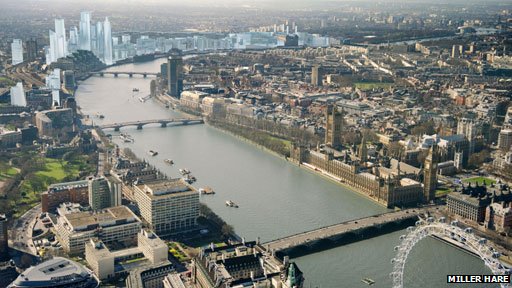 More than 20 developments will turn brownfield land along the River Thames at Nine Elms into parks, homes, and shopping areas.

Construction work on the £8bn revamp of nearby Battersea Power Station is due to start in the middle of next year.

A spokeswoman said the power station revamp is just one of the developments in the area.

Programme director Helen Fisher, said the scheme would be centred around One Nine Elms, which she described as the tallest residential tower in western Europe.

A spokeswoman for the scheme said construction of more than 1,000 homes had already started and the St George Wharf residential tower would be completed in the next 12 to 18 months.

She said work on the new US Embassy was due to begin soon and the entire programme of works was expected to be completed in the next five to 10 years.

A public consultation into plans by Transport for London (TfL) to build new underground stations at Nine Elms and Battersea is currently under way.

The Nine Elms Vauxhall Partnership was set up in 2010 to oversee the development.

The partnership includes developers and landowners in the area, the Mayor of London, TfL and the Greater London Authority, and is chaired by the leaders of Wandsworth and Lambeth councils.