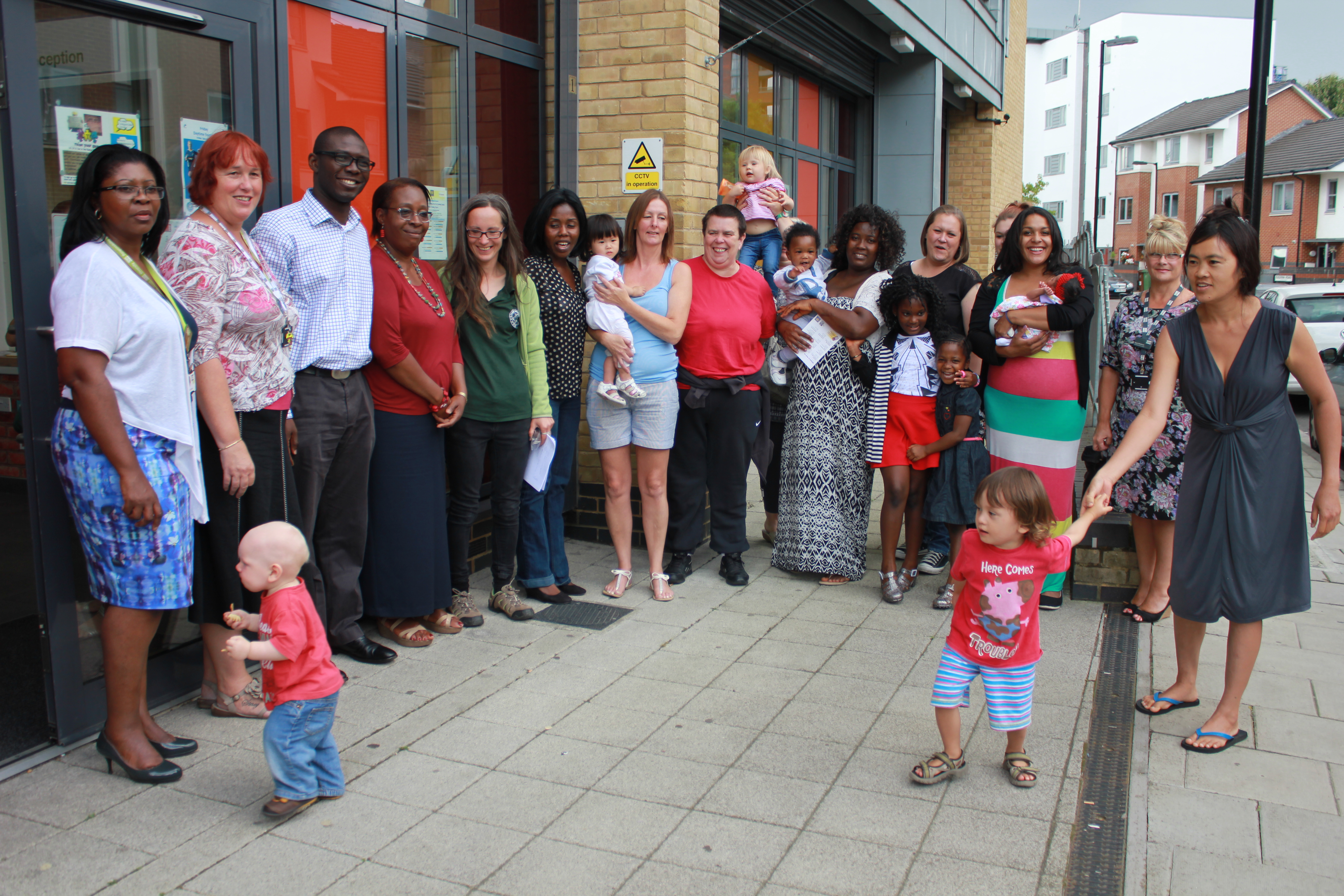 The Silwood Estate Under 5s playgroup reopened today, eight months after it closed. The playgroup, which is held in the purpose-built Lewington Community Centre on the Silwood Estate in Rotherhithe, was shut down in November when Lewisham Council withdrew funding. Since then a number of community members have been fighting to save the playgroup and have finally secured £11,500 towards wages from London and Quadrant (L&Q), who own the building.

Although the playgroup reopening is extremely good news, securing the funding is a small victory for the Silwood Estate community in what is likely to be an ongoing battle with L&Q. Residents have been struggling to stake their claim on the Lewington building, and the profit it generates, since it opened five years ago. Before 2006 (when construction work began), L&Q said they would replace an existing, community managed building with a better, purpose built community centre in order to incentivise local support for their proposed redevelopment of the estate. Consequently, the Lewington Centre was built under a section 106 planning gain agreement, which gives a developer favourable terms (in this case free land) but stipulates that they must compensates the community in return.

Despite promises from L&Q, the community have struggled with both the suitability of the Lewington Centre and accessing the space – which is controlled by an L&Q manager, not the local community.

To start with, Tower Homes, the commercial wing of L&Q, built “affordable” flats for “key workers” (e.g. nurses, teachers, police officers) on top of the centre, making the building unsuitable for evening social events, even after expensive sound-proofing work. To soften this blow, Tower Homes promised tenants that £25 would be collected from each flat each week to put towards community activities. When this money didn’t materialise, L&Q claimed they had put it aside, ring-fenced for community development, before forgetting about it.

L&Q have also made the building largely inaccessible to residents by renting almost the entire centre to the Bede Education Trust, a subsidiary of Morley College, and have not donated the money from this to the community either. L&Q’s accounts suggest that they are making a yearly profit of between £30,000 and £60,000 from the building. When this is considered, securing space and funding for the playgroup seems like little more than prising a single finger loose from the vice-like grip L&Q have on the centre and its profits.

Silwood’s residents are delighted to have a place to go with their children again, which is outside their homes and provides an opportunity to meet other parents. But many still hope that L&Q will go further towards honouring the spirit of their original promise, to provide a better replacement for a centre that was entirely community run, and from which only the community profited.