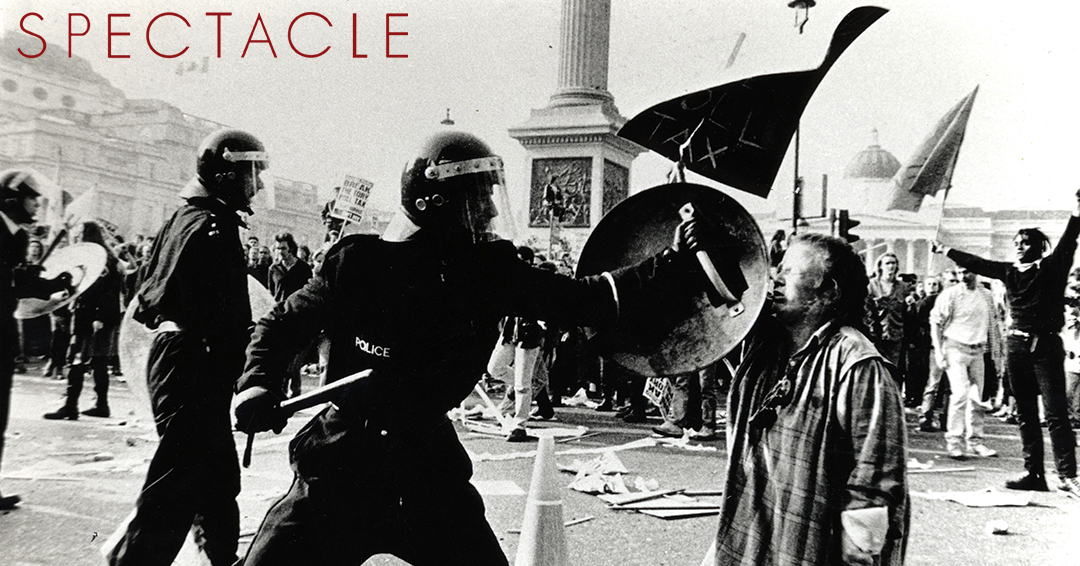 THE BATTLE OF TRAFALGAR
READ MORE

Spectacle is an award winning independent television production company specialising in documentary, community-led investigative journalism and participatory media.  Spectacle has been producing films since the 1980’s and the films in our catalogue give insight into events such as the Poll Tax Riots and the Wapping Dispute as well as issues such as media culture and urban regeneration.

Most films listed can be rented directly from VOD and we will have the entire catalogue up soon. Please note that the download option on VOD is for institutional use.

If you  are interested in hosting a screening of one of our films then please get in touch via one of the contact forms at the bottom of this page.

A selection of Spectacle films that have resulted from PV projects

A selection of Spectacle films relating to political theory

A selection of of Spectacle films and oral history interviews

A selection of Spectacle films relating to specific political campaigns

If you have questions or would like to licence footage then please get in touch using the relevant contact form below.

Please use one of the forms bellow to get in touch with us about any of the materials in our distribution catalogue or archive.

FROM THE BLOG
ARCHIVE BLOG

FIND US ON SOCIAL