Despite TV
Despite TV Library 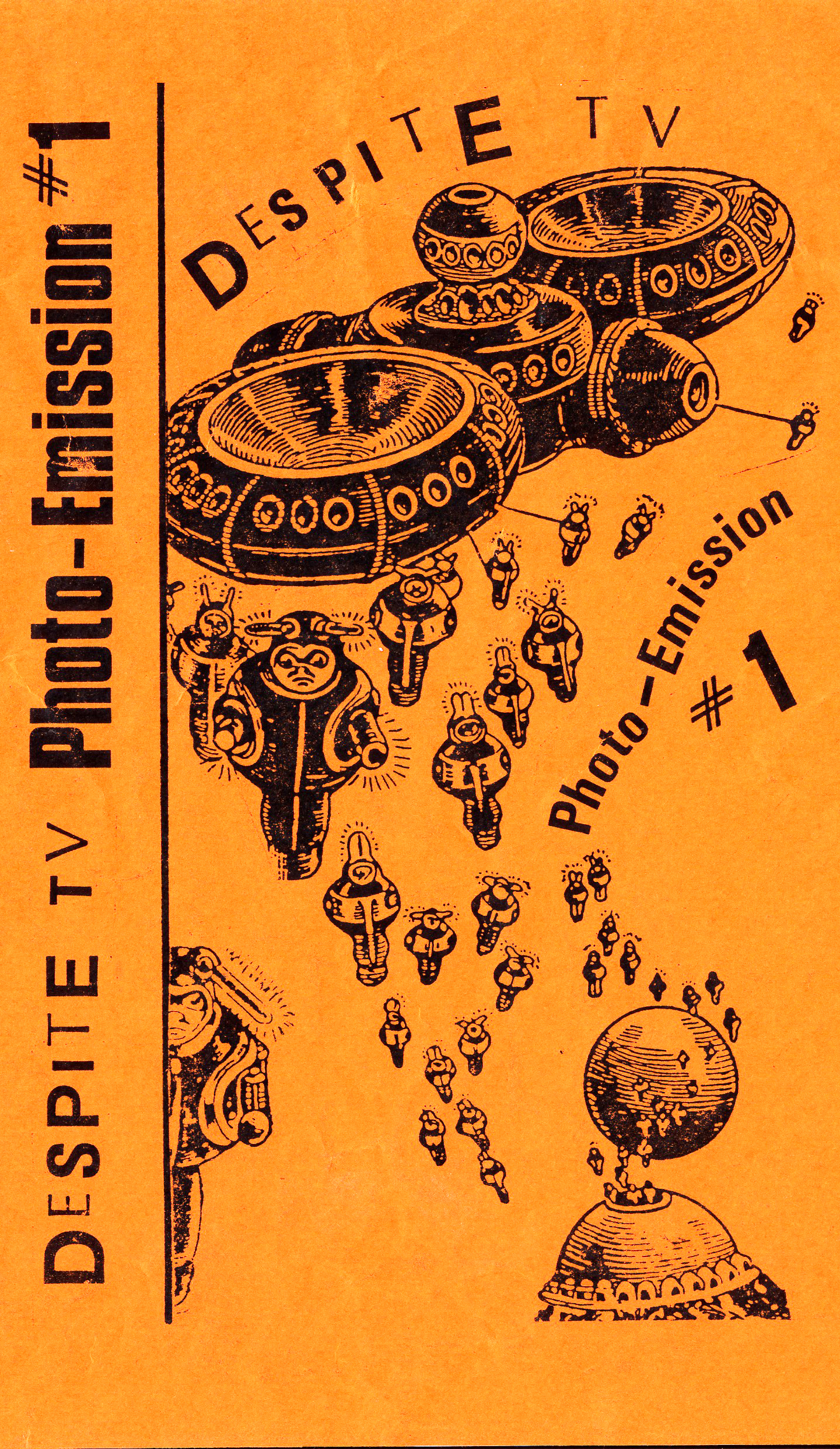 Despite TV was an video group founded by Mark Saunders in 1982. The group operated out of the Tower Hamlets Arts Project on Whitechapel Road East London and produced video magazines that explored local issues, showcased local talent and promoted community organisations.

Despite TV covered issues that have shaped the political, social and topographical landscape of London in profound ways.  Events such as the dissolution of the Greater London Authority (GLC), the London Docklands Development Agency’s take over of the old docks to turn it into an annex of the City and the transformation of Brick Lane from a National Front stronghold to the Bengali street we know today are documented and commented upon. Despite TV also covered the year long Wapping Dispute in its first single issue magazine Despite the Sun.

Below is a list of all of the Despite TV productions.

Most of the films listed bellow can be viewed on our Vimeo-On-Demand page as part of the Despite TV Library. However, some of the titles which were produced as stand alone films are not included in the library but can be rented separately from Vimeo-On-Demand. Click on the links below for more details.

Please get in touch using our contact form if you would like to screen any DTV films publicly.

Despite TV 9 – Despite the Sun

Despite the Sun is an investigation into the year-long Wapping dispute, which shook the print industry.

Despite TV 10 – The Beast of Despite

A selection of the best from the first six episodes of Despite TV.

Despite TV 12 – Despite the City

A critical look at the City of London and the financial heartland’s encroachment onto the East End and Docklands.

Despite TV 14 – The Battle of Trafalgar

An account of the anti-poll tax demonstration on 31st March 1990, one that is radically different from that presented by TV news. Eyewitnesses tell their stories against a backdrop of video footage showing the days events as they unfolded.

Despite TV 15 – Despite the Poll Tax

Despite the Poll Tax is a special video magazine about the legal and civil liberties implications of the poll tax.

A despite TV cyber sampler from a selection of our tapes- old, new and unreleased. Includes footage from the Next 5 Minutes Conference on Tactical TV.

Despite the Clause looks at the response of the lesbian and gay community  to the passing of Section 28. Featuring Protest footage and interviews.

A magazine style video recorded in and around London Lesbian and Gay Pride 1991.

In 1983 Haroon and Farook Shamsher conceived a collective under the name Joi Bangla. Mixing up traditional Bengali music with James Brown riffs and funky breakbeats, they quickly established themselves as the best DJs and party organisers in the East End.

This short film by Despite TV documents the Exploding Cinema Dive-In, an event which attracted an audience of over two thousand to a screening in a squatted Lido in Brockwell Park, Brixton.