The rejuvenation of Ellis Island provides a concrete and successful testament to the possibility of community led re-development for Battersea Power Station, and evidence that existing derelict structures need not be pulled down in their entirety to proceed with restoration. 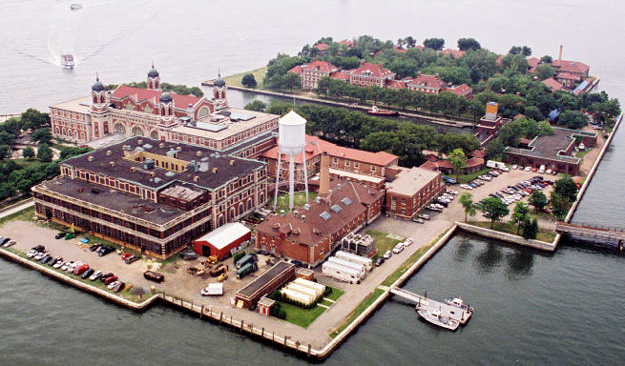 12 million immigrants were processed at Ellis Island by the U.S. Bureau of Immigration between 1892 and 1954, but the island since fell into disrepair. Although attempts at restoring the site were initially unsuccessful, the island was proclaimed a part of the Statue of Liberty National Monument, and its listed status led to proposals to refurbish the buildings and adapt them into a museum. Run by the National Park Service, the museum hosts exhibitions, houses additional community film theatres and also a library thanks mainly to the fundraising of the not-for-profit organisation Save Ellis Island.

Battersea Power Station Community Group have been championing similar ideas of a public heritage and programme space in and around the old pumping station for years that could serve the local area without the necessity of tearing down the chimneys, which seems to be the desire of the current developers REO despite public declarations to the contrary. Click here to read more about the latest developments at Battersea Power Station, its significance and Spectacle’s Battersea project.