This week is Refugee Week, a UK-wide festival celebrating the contributions, creativity and resilience of refugees and people seeking sanctuary. Founded in 1998, Refugee week is held every year around World Refugee Day, which is on the 20th of June.

Across the country hundreds of organisations host programmes of arts, cultural, sports and educational events. At Spectacle we have been working with refugees in a variety of countries for many years, and this week we invite you to watch our films about refugees.

The Micronomics Project investigated an understanding of small scale self-organised (micro-)initiatives and whether the economy has room for them. The film considers their potential to challenge the dominant definition of ‘the economy’ and implication, when the value created and exchanged is of social nature


Make yourself comfortable. Give yourself a few minutes to listen to what these people would like to tell us. This film is a succession of portraits of ‘Paperless’ people.

Filmed in Brussels and released in 2007.

The ‘Paperless’, the ex-‘Paperless’  and also their Belgian loved-ones answer the main question- “When the papers arrive, what would change in your lives? ” All of them reveal their hopes, wishes and plans. What would change in relation to the world or their relationships with others? What impact would that have on the image that these people have made for themselves and our society? Some of them original, some moving, their answers call out to us.

The Truth Lies In Rostock

In August 1992 Lichtenhagen estate, Rostock, in the former East Germany Police withdrew as fascists petrol bombed a refugee centre and the home of Vietnamese guest workers while 3000 spectators stood by and clapped. Using material filmed from inside the attacked houses and interviews with anti-fascists, the Vietnamese guest workers, police, bureaucrats, neo-nazis and residents, a story of political collusion and fear unfolds.

Refugee Week’s vision is for refugees and asylum seekers to be able to live safely within inclusive and resilient communities, where they can continue to make a valuable contribution.

Occupy Wall Street is a movement in response to a system of society where wealth is concentrated in the hands of the few.

Yet its methods are uncommon. Peter Marcuse offers the following explanation:

1.       Occupy Wall Street doesn’t make specific demands. Understandably. There is a difference between immediate demands and claims of rights, and the Occupy movement is about targeting claims of rights.

2.       This is not only for strategic reasons – it’s not their role – but also on principle; its supporters don’t want to get into the game, they want to change its unfair rules.

3.       They do not seek consensus but understand the inevitably of conflict. They wish to stand with the 99% and recognize that this means losses for the 1%,  but not losses that would seriously impinge on their needs.

4.       The space they have chosen to organize their protest is not classic public space, but space in the heart of the territory in which the activities and forces they target operate. It is both a physically and a symbolically well-chosen space for their purpose.”

Peter further expands on these points in the following blog article, where he also details his personal experience of Occupy Wall Street’s Oct 5th march:

Peter Marcuse’s Blog – Occupy WallStreet – For What? For Whom? Where? Why?

Interviews from the Waffle Bank shoot with Refugee Youth are now available via the Spectacle Archive.

Waffle Bank Investment Bank is a skill exchange programme using Belgian waffles as currency.  The process encourages participants to consider what  skills they bring to the table and find ways to connect and share these.

Details about the Micronomics project are now available, visit the Project Page for more details.

Micronomics investigates an understanding of small scale self-organised (micro-)initiatives and whether the economy has room for them.

The film considers their potential to challenge the dominant definition of ‘the economy’ and implication, when the value created and exchanged is of social nature. 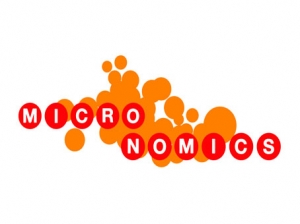 Details about the project are now available, visit the Project Page for more details.

Watch all clips associated with Micronomics.

Clips from Spectacle’s Waffle Bank shoot with Refugee Youth will also be uploaded to the archive.