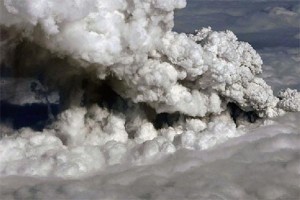 To rescue both the Greek and UK economies the 2012 Olympics should be held in Athens. (See previous blog).

Another advantage of this win-win solution is that Athens airport is not affected by the Icelandic volcanic dust that is closing many airports across north west Europe.

Even in the unlikely event the dust drifts down as far as Greece the vast majority of the world’s athletes could reach Athens overland by train (or if necessary by road) and the others could do it by sea direct or to any port on the European, Asian or African land mass and overland from there. So it would be a greener Olympics too.

Geophysicists are warning that Eyjafjallajokull could trigger off other Icelandic volcanoes such as Mount Katla so the only way to future proof the 2012 games is to move it to Athens. Every day of delay in making this no brainer decision is squandering millions of pounds of public money and stacking up the UK Olympic debt legacy like layer upon layer of lava.