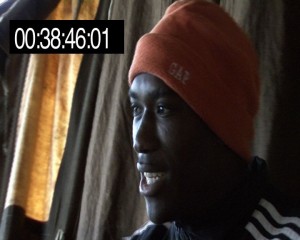 Click here to watch the video to hear what Abahlali baseMjondolo, the South African shackdwellers’ movement, have to say about the negative effects of the 2010 World Cup on South Africans.

It’s not long now before the World Cup fanfare begins but for local independent tradesman it’s the long, boring drone of contradiction that’s ringing around what is supposedly intended to be their most lucrative opportunity for years. The mantra that’s pumped out before major nomadic sports events is that smaller businesses will benefit from the influx of tourists, but in reality they can’t pay up the prerequisite sponsor fees demanded by the sports governing bodies, so they’re unable to compete with the event’s major sponsors and unceremoniously kicked 25893144299999 miles away from the stadium in question.

When independent tradesmen and entrepreneurs do try to get amongst the action, they’re quickly attacked with flimsy legislation like ‘ambush marketing’, like the recent case of Grant Abrahamse. He registered his football key ring back in 2004 but is now being taken to court by FIFA (who’s account has already ballooned by more than R23 billion). The ruling, if upheld, essentially means that any independent traders wishing to use words like ‘soccer’ or even the year ‘2010’ could also risk being sued. In comparison to the 3,700 cases during the previous event in Germany in 2006, there have been over 50,000 in South Africa. We have already begun to see the same shoots of this story growing in the preparation for London 2012. (more about London 2012 can be found on our London 2012 Olympics blog or the Spectacle London 2012 Olympics project page)

Despite promises to the contrary, Abrahamse’s case, which you can watch in more detail below (source, 2010 World Cup FIFA sue Grant Abrahamse), demonstrates that FIFA and co are the exclusive beneficiaries for South Africa 2010.