On April 07 2012, Trenton Oldfield undertook a peaceful direct action protest in order to draw attention to the mouth dropping, entirely unnecessary and rapidly increasing inequalities that are occurring as a result of ‘austerity’. The protest took place at the Oxbridge Boat Race; a symbolic representation of ‘the establishment’ that in the three days before the boat race received royal assent for the fire sale of the NHS, introduced the Data and Communications Bill and called on people to ‘shop’ their neighbours if they thought they might protest at the forthcoming Olympics.   Trenton was protesting ‘elitism’ the idelology that allows, encourages and maintains inequalities and exploitation. 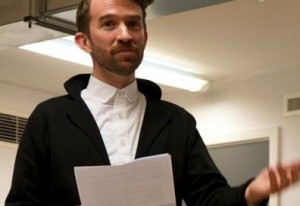 On 07 June 2012, Deepa and Trenton received correspondence from the Home Office suggesting Trenton, who was born in Australia, though lived and worked his adult life in London is ” undesirable, has unacceptable associations and could be considered a threat to national security” and they want to remove him from the UK.   Trenton has been labelled by Teresa May as ‘not conducive to the public good’.

Trenton Oldfield ‘stuck his head above the parapet’ now he and his young family are facing a disproportionate, extremist and possibly vindictive attack from the current British government which looks hell bent on undermining their lives. This attack is consistent with how protesters, those that dissent are increasingly being criminalised. It has to stop – now. Even Matthew Pinsent, race umpire said in December 2012: “Look, I want to live in a country where protest is possible. However unwelcome it was, I still value the freedom to do that.”

Also, a few weeks ago Facebook took down the Myrdle Court Press page. They were labelled as ‘abusive and or spam’. This is most likely a result of complaints from Cambridge students who were photographed disrespectfully wearing indigenous head wear whilst drunk. For this reason, a new page has been set up – please join here.

If you would like to attend the tribunal to support Deepa, Trenton & their daughter please join them on Monday 09th Decemember 2013 (meeting outside around 09:15am) at:

This petition will be handed over Friday 6 December. Please join at the Home Office at 1pm.