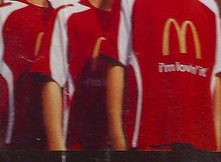 Countless employers are now facing the problem of dealing with twenty three working days without key employees come 2012.  The deadline to volunteer for the Olympics is the 27th of October, 2010. The London 2012 Olympics Organising Committee (LOCOG) have stated that 70,000 voluntary positions need to be filled, but more than 100,000  people have already applied. The voluntary roles consist of general and specialised positions, from desk staff, events stewards and drivers. Volunteers must work for a minimum of 10 days for the Games, and 20 for the Paralympic Games. Training is also mandatory for all participants.

There are also a further 8000 positions to be filled for the role of “London Ambassadors”, which would involve helping the vastly overstated and questionable increase of tourists and visitors in 2012 find their way around the city.

These voluntary positions have been the source of much controversy. Back in 2007 London’s Employment and Skills Taskforce and the London Development Agency (LDA) were talking of the Olympics creating up to 50,000 new jobs in the Lower Lea Valley. Dee Doocey, chair of the Committee for Economic Development, Culture, Sport, and Tourism, the leading committee on the London Assembly for scrutinising the Olympics, commented on the announcement of a new ‘Living Wage’ for London of £7.20 an hour:

“The Mayor and Seb Coe signed an ‘Ethical contract’ with London Citizens before winning the Olympics, promising a Living Wage for everyone involved. Yet to date, no Living Wage has been included in the contracts allocated and Seb Coe told the London Assembly that ‘any of the issues about a living wage is a consideration, not a condition’. This is of great concern because LOCOG will be letting contracts for all the traditionally low paid jobs such as catering and cleaning. As for local businesses exploiting the games, as Coe had suggested, it is more likely that existing businesses will be endangered.”

The “workers” will be given Macdonalds meals and bus travel for the day, but are not even allowed free tickets for the events. To read more on this click here, here, and here.