At the start of this year, January 28, there was already opposition against the extension of the Northern Line. Liberal Democrats in Lambeth have suggested a Docklands-style light rail or monorail link between Waterloo, Vauxhall and Battersea as an alternative. Local campaigners also question the transport benefits of adding an extra branch to an already complicated and overcrowded rail route like the Northern line. 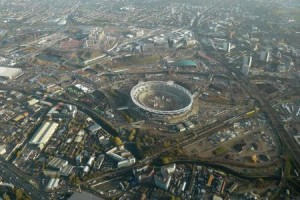 “The only way to relieve the existing crush let alone cope with the massive influx of fresh commuters being generated by the Vauxhall Nine Elms Battersea new town is by a completely separate system,” say the Lambeth Liberal Democrats in an unsigned comment piece published on the party website.”

”We’ve suggested it before and we’ll say it again, there needs to be a thorough appraisal of a light rail elevated transport system like the Docklands Light Railway.”

”Common sense suggests that this would be massively cheaper than a deep-bored tube line and it could even be a 21st-century monorail system rather than the slightly Trumpton-esque DLR.”

”It could also run all the way to Waterloo – maybe attached to the existing railway viaduct – and later linked to the DLR. After all there’s massive regeneration going on south of the river all the way from Wandsworth to Southwark.”

More recently, the Guardian reported about the concerns of Battersea Dogs & Cats Home:

Battersea Dogs & Cats Home is demanding Transport for London (TfL) reconsiders plans for the Northern line extension over fears it will force its animals to be relocated.

The rescue home, in Battersea Park Road, Battersea, is within touching distance of a new station planned to open at Battersea Power Station.

Chiefs at the charity have said the welfare of the animals could be affected during construction, while the extension would mean the rescue home could not expand in the future. 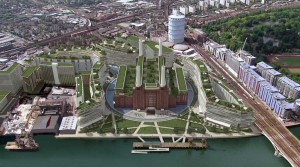 The Evening Standard reports that the rescue home has joined the Beefeater Gin distillery in nearby Kennington, to write to the Transport Secretary opposing being made to sell large swaths of property. It would have to vacate 70 per cent of its site on a 14-day notice, it says, under legislation proposed by TfL.

In the letter to Patrick McLoughlin, seen by property website CoStar News, home chief executive Claire Horton calls TfL’s sweeping powers “excessive”, adding that the transport body “has insufficient understanding of the complexity and sophistication of the facilities at our building”.

Chivas Brothers, operators from the Beefeater distillery, has also written objecting to TfL’s plans to compulsorily purchase land for a ventilation shaft. The company says dangers posed by the construction would prevent it operating on the site.

Enough reasons to reconsider the Northen Line Extension, so it seems.

Michèle Dix, managing director of planning for TfL, said: “We are working through a Transport and Works Act Order process and are not expecting a decision on the Northern line extension from the Government until summer 2014.