The Counter Olympics Network (CON) held a conference on the 14th April at the Bishopsgate Institute where they discussed the problems that the 2012 Olympics has caused and planned points of action for the coming months to tackle such issues.

They were joined by international speakers Derrick Evans from the Gulf Coast Fund for Community Renewal and Ecological Health, Bryan Parras from the Texas Environmental Justice Advocacy Services (t.e.j.a.s) and Clayton Thomas Muller from the Indigenous Environmental Network. Together they spoke about how their projects have been affected by previous Olympics. More specifically on the issues of corporate sponsoring, pollution, gentrification and surveillance that the Olympic Games bring to cities.

BP is one of the sponsors for the London 2012 Olympics, as the ‘Official Oil and Gas Partner’ as well as sponsoring the USA Olympics Team. The corporate sponsorship of the Games by BP has angered campaigners who want to publicise the adverse effects BP contributed to the natural environment. Derrick Evans is one such campaigner who argues that BP’s involvement with the Olympics is an attempt to divert attention from its “incomparable contributions to unsustainability globally”. 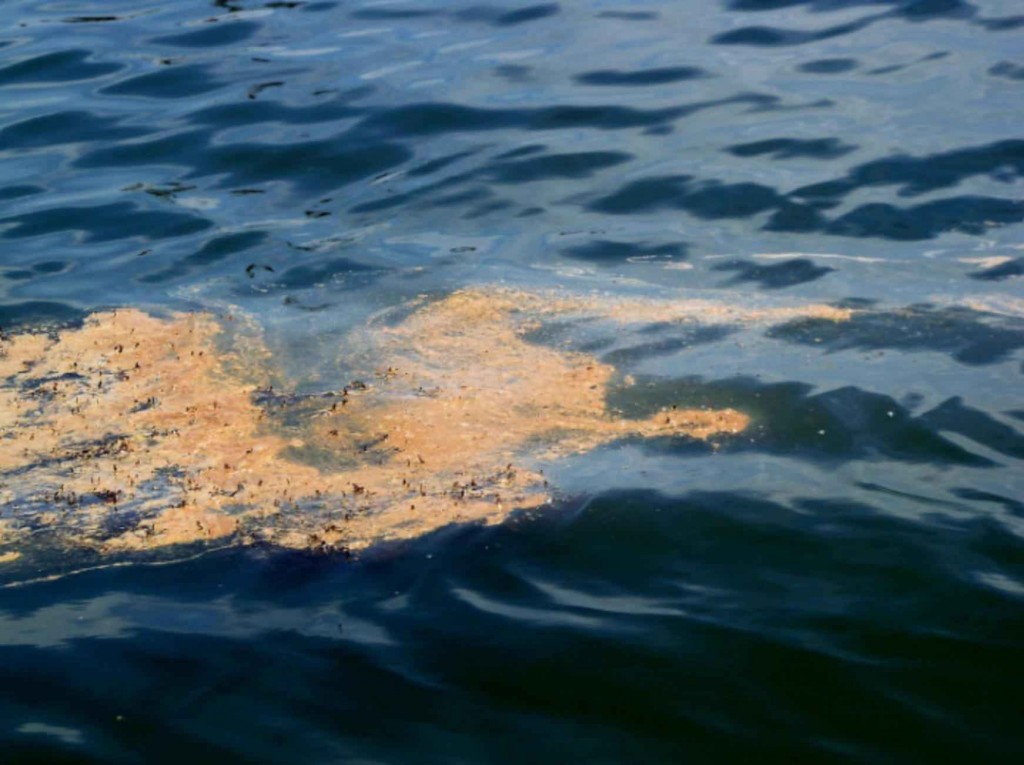 He gives the example of the Deepwater Horizon Spill when BP discharged two hundred million gallons of crude oil into the gulf of Mexico in 2010 and then “applied nearly two million gallons of chemicals dispersant of Correxics not clean up, but to hide because it has the effect of breaking the oil up.” This has resulted in oil particles being consumed by the smallest life forms in the gulf and therefore infiltrating the whole food chain. Two years on the oil is still present and washes ashore in the Northern Gulf.

This has resulted in economic damage and health problems for the local people. In particular, the local fishing communities have been badly affected as two of their fishing seasons have been completely destroyed and very few of them have “received anything near the level, if anything at all, the level of compensation to compensate them for the lost income and the lost investment in their one asset, which is their boat, and their nets; and the things that they pour all their money into, to get ready for the fishing season.”

The health of the local population has deteriorated considerably since the oil spills. “Thousands, tens of thousands children and adults are exhibiting in large scale, physical symptoms: respiratory issues, skin issues, loss of short-term memory, a lot of the same issues, they don’t know each other.” And these people have not received any compensation, “they haven’t received a dime.” What is more worrying is that not a single cent of BP’s twenty billion dollar Gulf Coast Trust Fund has “pay for a single medical bill for a single person”.

The aim of the Gulf Coast Fund is to “seeks to assist and renew and empower the most vulnerable of the communities and ecosystems on the gulf coast.” The very same ones that have been affected by the BP Oil Spills.

Therefore, the idea that BP being a major sustainability sponsor is ridiculous as the environmental and human damage that BP has caused through oil spills undermines its attempts to be a “sustainabilty sponsor” of the Olympics. “BP has essentially got away with murder in the country and in a part of the country where the state officials and the government agencies that defer to them are like useless law enforcement.” Derrick Evans concludes to say that: “I want to encourage to those of you who want to shed the truth and light on this apparently multi faceted fiasco.”

Bryan Parras is a campaigner from Houston, Texas who is also campaigning against BP and their involvement with the Olympics. He described BP as a “repeat offender” as they repeatedly have accidents and problems. Five years before the Deepwater Horizon Accident BP had an explosion where 15 workers were killed. BP are “constantly cutting corners and cutting back on their safety measures.” But at the same time they are spending huge amounts of money by sponsoring the Olympics.

Bryan Parras sees the “Olympics as just another one of those opportunistic moments where capitalism sort of comes in and reigns its terror on folks.” It’s like watching little league baseball in the stadiums, where “everyone is watching their children and their friends play ball” while their cars get broken into all the time. This seems to happen wherever the Olympics go, everyone is so “focused on where the lights are all shining that we are not seeing what’s happening” to the local communities.

Clayton Thomas Muller is an activist for indigenous rights and environmental justice and lead campaigner of the Tar Sands campaign. The Indigenous Environmental Network comprises of indigenous people in the United States who have been affected by unsustainable development. BP’s involvement in the exploitation of the Tar Sands on the East coast of Canada has angered both campaigners and local indigenous communities as the extraction industry is unsustainable, causes irreversible damage to the environment and illegally encroaches on disputed indigenous lands.

“It is important to understand that for us BP using the Olympics spectacle, the biggest sporting spectacle on the planet. We all know, for those of us who have done the history of the Olympics, that the Olympics is nothing more than a mechanism for the neoliberal capitalist agenda that is essentially a real estate operation to utilize and justify the expropriation of vulnerable communities.” 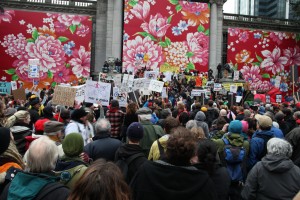 In Vancouver, the Coalition Olympics Resistance Network or ORN organised and challenged corporate sponsors of the Vancouver 2010 Winter Olympics. One campaign, called ‘No Olympics on Stolen Native Lands’ brought together different groups who were fighting for Native rights and sovereignty platforms in opposition to the Olympics. The Olympics caused the gentrification in downtown Vancouver where the local communities have been pushed out to make way for villages for the athletes and tourists. This gentrification mostly affected disadvantaged groups: low income, indigenous urban-based people.

As well as the gentrification of downtown Vancouver the Olympics had caused the destruction and desecration of sensitive ecological regions in and around Vancouver. In order to build the training facilities Eagleridge Bluff, a bald Eagle nesting site and a site that is sacred to the local tribal people. One Elder of the local tribe, Harriet Nahanee organised a campaign to protect Eagle Bluff by creating a blockade to stop machines from coming in. Elder Harriet Nahanee was arrested and contracted Pneumonia in prison and died. “So she died for Olympic resistance, standing up for her rights.”

The Olympics has also caused the increased surveillance in Vancouver. Vancouver is now the second most videotaped city on the planet next to London. Personal privacy has been negotiated as the CCTV cameras are still there. “And so what the Olympics really brought in was a new regime of both militarization and criminalization of the poor, gentrification of the most vulnerable communities, the destruction of ecologically sensitive sites [and] sacred sites to local indigenous people.”

Campaigners are therefore concerned with how the Olympics “created division that used poverty and alleviation as a way to divide different social movements that were converging onto the Olympics.” Clayton Thomas Muller concludes to say that it is absurd that BP is a sustainability partner of the Olympics, “it is nothing more than greenwashing of their horrific human rights abuses and crimes of ecocide against the sacredness of the earth”.