Action for a regeneration that benefits local people: 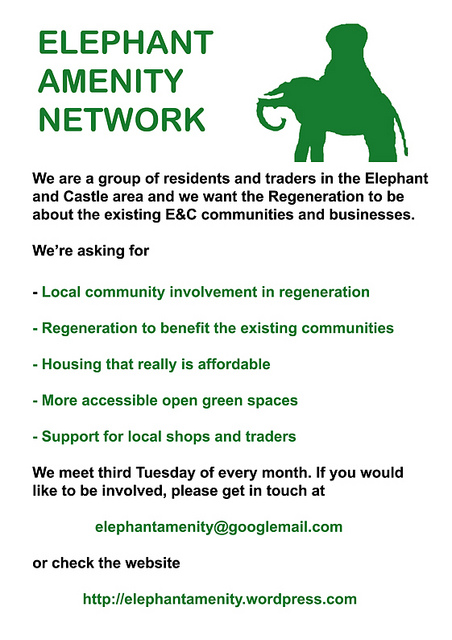 The letter (downloadable here), contains a detailed appraisal and critique of the E&C regeneration plans and consultation process to date.