‘Refusing to Accept One’s Place’ is a discussion event held by This Is Not a Gateway exploring urban poverty and social exclusion.

Among the speakers will be Mark Saunders who will be talking on Poverty as a Media Event and Olympic Social Cleansing, based on Spectacle’s ongoing Poverty and the Media and London Olympics 2012 projects. 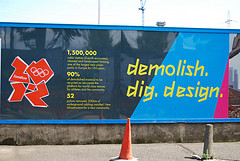 * The salon is free but registration is necessary: salonsATthisisnotagateway.net *

As part of European Alternative’s Transeuropa Festival and Tate Britain’s Late at Tate event East is East, This Is Not A Gateway are organising a salon ‘Resistance and Spatial Reformers: Refusing To Accept One’s Place’.

The EA Festival is tackling the European Commission‘s 2010 theme ‘Poverty & Social Exclusion’- their specific interest is exploring the return of slums to European cities. Tate Britain‘s Cross Cultural Contemporary Art Team are looking at contested spaces and notions of London’s East End for their event ‘East is East’. TINAG’s interest in both these areas is the potential to explore the psycho/social idea of ‘refusing to accept one’s place’.

The salon will explore how notions of poverty are constructed, the return of slums in Europe, understandings of democracy, the links between land ownership and social exclusion and the psycho/social condition of Refusing To Accept One’s Place that may have motivated social and spatial reformers – past & present.

.       Kevin Cahill, investigative journalist and author of ‘Who Own’s Britain’

* Salons are free and there are always beer and bagels *

Information on previous salons (press releases and post-salon essays) can be found here. 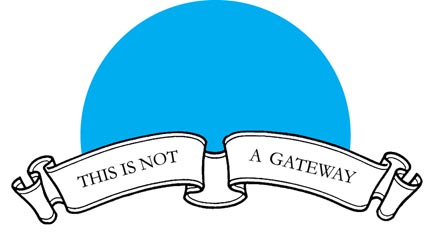 This Is Not A Gateway hold a year long series of salon discussions focused on urban citizenship and cross-cultural exchanges with speakers from a range of fields and backgrounds. The salons are integral to developing a participant-led programme – a testing ground to see what questions and work are being produced in and on cities, and what formats might be possible.