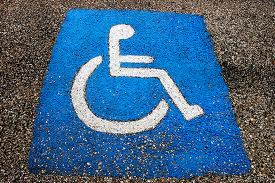 Prestige Tickets Ltd has been selling hospitality packages to the equestrian events in Greenwich Park and their specially designed restaurant without having planning permission to build the structure.

Their plan is to build a restaurant seating 500 people in Greenwich Park, consisting of two connected by a glass bridge under which competitors will ride.

On March 29th 2010 the Council granted full planning permission for temporary use of the site for the hosting of the equestrian and modern pentathlon events, including the test events in 2011.

However, this response did not give any information regarding the building for the restaurant, so Spectacle politely responded and asked whether a planning application had been submitted for “a proposed two-towered structure seating up to 500 diners” in the area.

Our first email questioning the planning permission was sent on September 27th 2011. On November 30th, many excuses and nearly two months later, we received an email from Ms Goldsmith saying that “the Council has received a planning application for the structure. The application number is 11/2604/SD.”

If the two towers and glass bridge was included in the first planning permission, why would they then have applied for it again?

The planning application made on November 2nd this year can be found on London Borough of Greenwich Planning Pages.