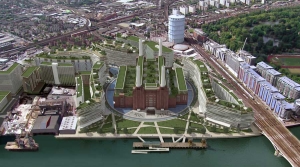 Below is a summary of the developer REO's claims for the site. If you want a more critical view visit the Spectacle Blog.

The proposal includes a scheme that includes five other sites in the triangle of land between the Thames and Battersea Park Road to the east of the railway lines and involves the demolition of the listed former Battersea Water Pumping Station.

A further addition to the plans proposes a new London tube extension. REO claim to be working closely with Transport for London and London Underground but as both say there is no financing this scheme will almost certainly not happen.

The proposed new tube line will extend the Northern Line from Kennington into Nine Elms. Two new stations will be created, one at Battersea Power Station and the other near to Sainsbury's on Wandsworth Road. At peak times the proposed new extension could carry 24,000 people per hour in both directions at two minute intervals – with a journey time of around 11 minutes to Bank and Leicester Square. 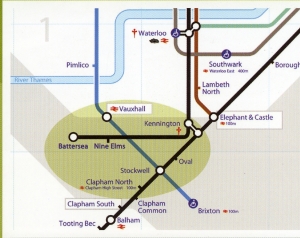 Plans for the revelopment of Battersea Power Station has included one of the UK's largest and most comprehensive public consultation exercises.  (this claim is ridiculous). Involving 2 exhibitions attended by over 15,000  members of the public (Really? Every time we went there were only a handful),  hundreds (?) of meetings with the local community (a few) and political leaders (maybe hundreds) and (misleading) newsletters to 30,000 local residents. 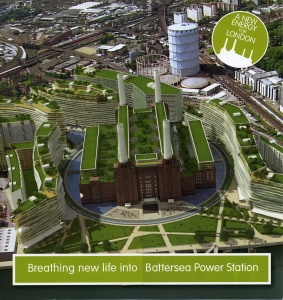 Click here to view the Battersea Power Station Newsletter - May 2009