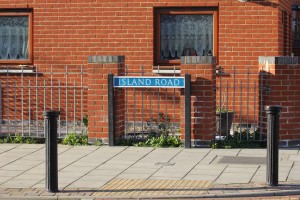 The Silwood Video Group workshops continued this week, with two days on the estate. On Monday, due to good weather, we were able to move around on the estate doing location shots and photography, as well as engaging curious residents and talking to them about our activities. Later in the afternoon, we organised an interview shoot with a long-term resident. We also held our weekly screening and workshops at the Silverlock Centre on Tuesday from 6pm-8pm. We discussed old maps of the Silwood and Rotherhithe area brought along by one of the residents, which were photographed for documentation, and held camera and sound operating practice workshops. The weekly Silwood Video Group sessions have been continuing down on the estate and at the Silverlock Centre. We have had some very successful shoots and interviews with local residents, who have helped to document life on the estate by explaining their memories of their time there, how the community has changed, and what advice they would give to younger/ newer residents. The project has so far been well-received by those living on and around the estate, and there is a keen interest being shown in discovering how the camera works, operating sound equipment, interviewing others and listening to each others histories.

As ever, the group would like to encourage new members to join – all are welcome to take part! 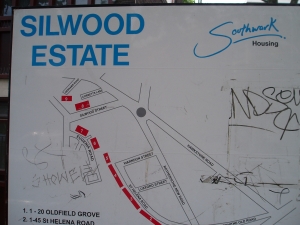 We had our first workshop with the Silwood Video Group on Tuesday, which allowed us to get a lot of new footage and more location shots to add to our ever-expanding archive. We are looking forward to getting the project up and running, with lots of positive contributions by residents. We are lining up interviews with pensioners and schoolkids alike, trying to get to the root of the changing nature of life on the estate. 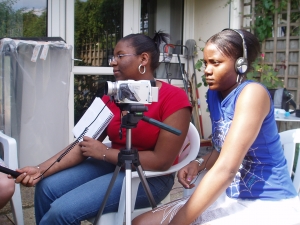 Spectacle will be starting a new series of inter-generational workshops on the Silwood Estate in South-East London every Tuesday from 1st of February. Documenting the lives’ of old and young residents alike, it is an attempt at capturing oral histories and in the same process teaching people ow to use camera equipment to record their own stories. We will be filming on location from 2pm-3pm on the Estate, and from 3pm til 6pm, we will be based at the Silverlock Centre on Warndon Street (opposite Tissington Court) for a more formal workshop. The Save Shaker Aamer Campaign, dedicated to raising awareness about the plight of the last Londoner being held in Guantánamo Bay detention centre, will be holding a day of public meetings and demonstrations on Saturday 11th December from 12 noon at Battersea Arts Centre. The film ‘Outside the Law: Stories From Guantánamo’ directed by Polly Nash and produced by Spectacle Documentaries will be screened at Battersea Arts Centre in the Grand Hall from 4.30pm. This weekend, there will be a 3-day long conference in Brussels organised by City Mine(d) on urban issues and initiatives concerning how to make cities more liveable. The conference begins Friday 19th November at 19:00 with a panel debate on ‘small initiatives, big challenges’. On Saturday 20th November, closed workshops will be held in the afternoon, with group discussions from 19:00 to 23:00. And on Sunday 21st November, from 10:00 til 22:00, there will be a bazaar of idea-sharing and proposals.

For more information, or to register for this event, see their webpage: http://urbanplatform.citymined.org/

The unauthorised use of the grounds of the Battersea Power Station as a private helipad has received no action under the ENFORCEMENTS section of the Wandsworth Council’s Planning Application Committee agenda to be discussed at today’s meeting.

Residents have been expressing concerns since as early as June 2003 about helicopter flights causing noise and disturbance, and according to the Committee report:

DETAILS:  The number of helicopter flight movements (a landing and take-off) at
this site within the power station is logged by the Battersea Heliport and its monthly returns shows that the current level of movements is between 14 and 56 per month over the last year, an average per month of about 35 movements.   This compares to a monthly average of between 30 and 51 movements per month over the last ten years, with a peak in activity during the months of May, June and July 2007 (93, 96 and 92 movements, respectively).

All other breaches of planning control in Wandsworth Borough by small businesses are being enforced by the Committee, but nothing is being done to enforce the removal of the helipad:

RECOMMENDATION:  That the committee endorses the view that it is not
expedient to take enforcement action against the use of part of the site of Battersea
Power station for the take-off and landing of helicopters, based on the current level of usage, and that the complainants be informed accordingly.

One rule for the rich and powerful, and another for smaller, less well-connected enterprises?