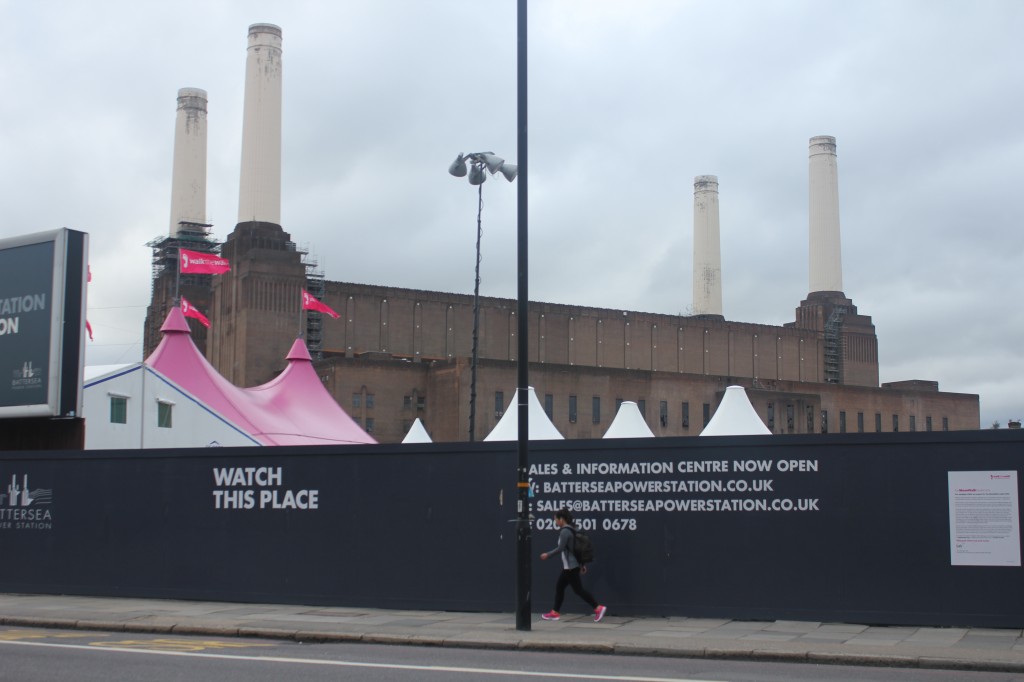 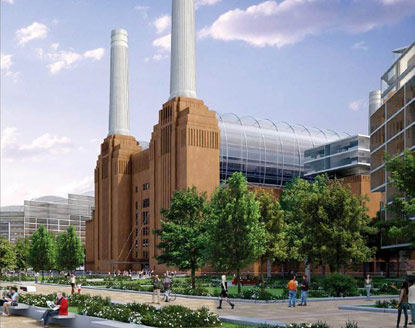 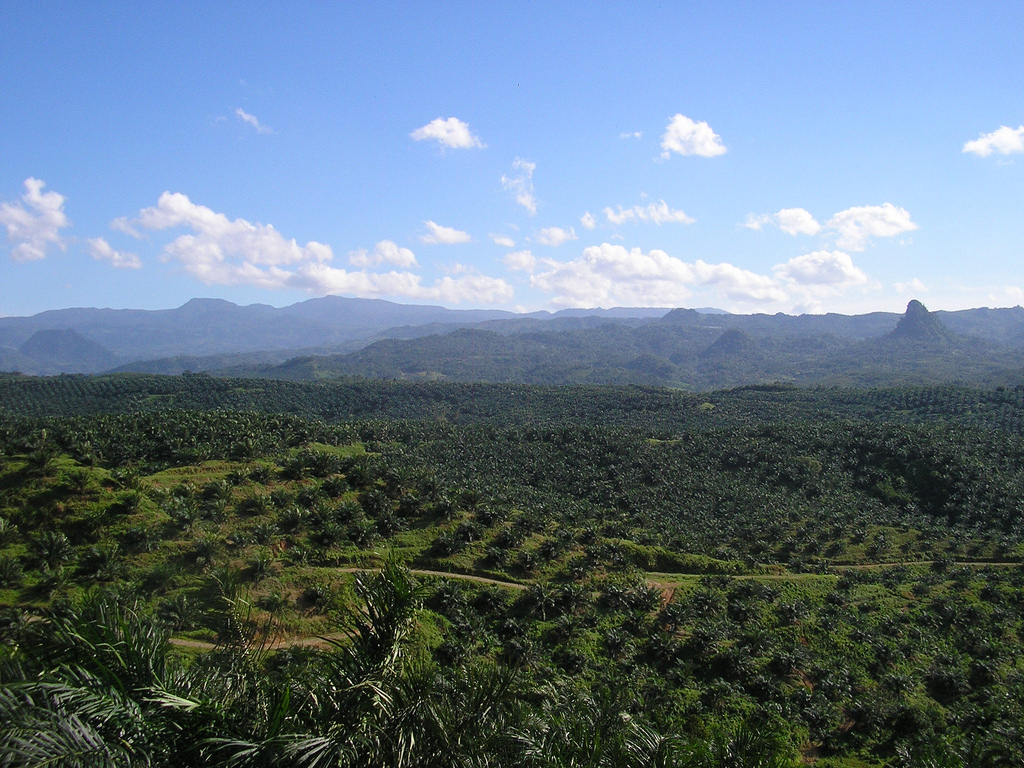 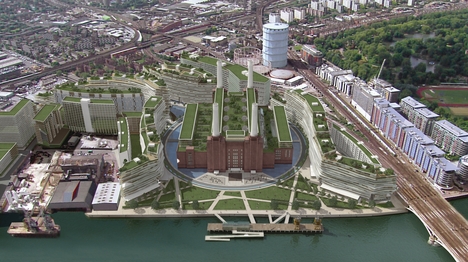 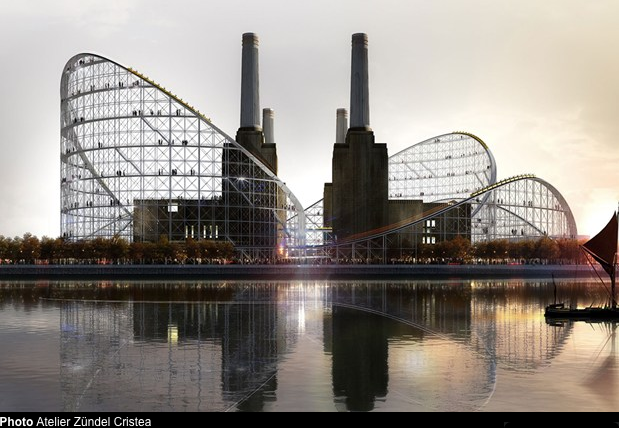 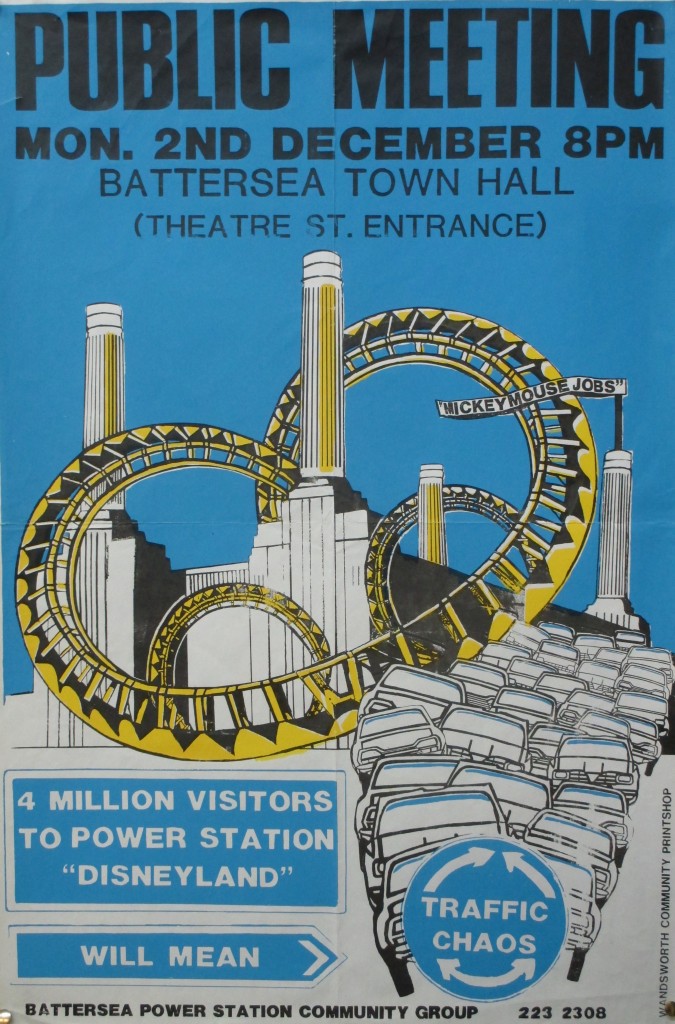 The UK Government are proposing to support the burning of 500,000 tonnes of bio liquid per year in power stations. The largest part of this fuel will be palm oil, since it is the cheapest vegetable oil. One such Combined Heat and Power Station is planned for the Battersea Power Station site.

Even though some bio liquids can be good and environmentally friendly, the use of palm oil ruins the rainforest and the home of orangutan, an animal that today is nearly extinct.

The Malasian company Sime Darby is one of the worlds largest producers of Palm Oil. They also make up 40% of the comglomerate which now owns and is redeveloping the Batersea Power station and surounding area.

The company has been surrounded by controversy over its ethical practices. According to a recent Friends of the Earth report Sime Darby has carried out illegal logging in the rain forests of Borneo and Sumatra, home to endangerd speicies such as the Orangutan, to make way for palm oil plantations.
Sime Darbys Palm Oil opperations in Liberia are equally dubious with the company accused of swallowing up farmlands and forests used by local communities to sustain their livelihoods.
The company has been exposed for running an aggressive Greenwash campaign to try and “counter the negative perceptions surrounding the Palm Oil Industry”. The campaign involved the funding of a series of TV shows which were shown on CNBC and the BBC. The films where presented as current affairs when in fact the company which produced them; the FBC Group (ironically standing for Fact Based Media), where in the pay of Sime Darby and the Malaysian government.

Sime Darbys track record show it to be a company with little concern for local communities or the environment. They are driven only by profit and to this end will spend millions to appear “ethical” and “Sustainable” whilst continuing with business as usual. This film asks if we should trust such a company with the redevelopment of one of Britain’s most famous and Iconic buildings. 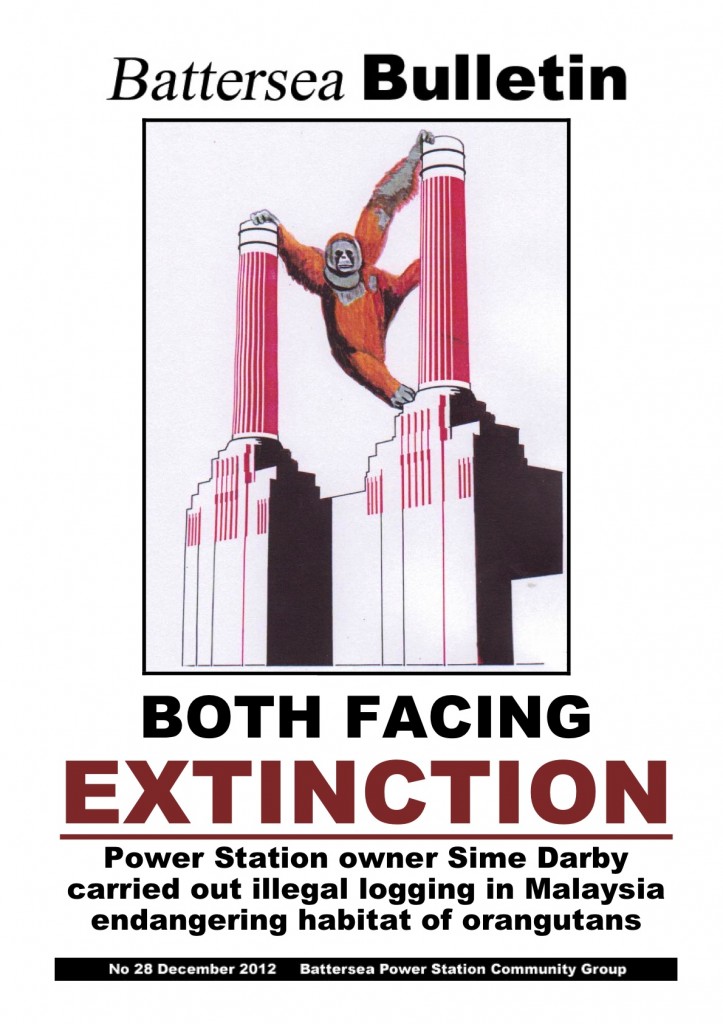 Sime Darby, a member of the Malaysian consortium
which recently took over Battersea Power Station, has
been involved in illegal logging in the rain forests of
Malaysia and Indonesia, according to a 2010 report by
Friends of the Earth, ” ‘Sustainable’ palm oil driving deforestation. Biofuel crops, indirect land use change and emissions”, Friends of the Earth Europe, 2010