One and a half years ago life for everyone changed irrevocably. Some of those changes have been worse, but some have been better.

At Spectacle one of the better changes has been moving all our courses online, and this means they have opened up to students from all around the world. Our original scheduling made attendance difficult in some parts of the world. We were all astonished by our participant from the west of the US who woke up at 2am each day to join classes!

To make the scheduling more globally friendly, we are now running all our courses including: Participatory Video, Anthropology and Social Research, Filmmaking, Video Production, Marketing, Editing, and Smartphone Video in two different formats.

The content of the courses is the same in both formats – we encourage you to choose whichever suits your schedule!

This programme is designed for those in or near the UK time zone. If you choose to take one of our courses in an intensive format, all your sessions will take place within a two week period. Some courses are only 1 day, while others are up to 7 days. These sessions all take place during full days running from around 9am- 5pm London time.

This programme is designed for those in a more global range of time zones. If you choose to take one of our courses in a Day/Night School format, all your sessions will be two half-days a week within a four week period. The number of sessions you attend depends on the course you are taking. Some courses are taught in only 1 session, while others are up to 11. These sessions all take place during half days running from around 3pm- 6pm London time.

The dates of each course in both formats is listed on our website. Each format will be offered three times during the year. If you wish to spread your courses over several programs or times, just email us at training@spectacle.co.uk and we can arrange a schedule together.

Another option is to go bespoke…

We also offer bespoke training either one-on-one or to groups. These can be arranged to fulfil your specific needs. Bespoke training can be built around your project so you can book sessions at your convenience and get the advice you need. 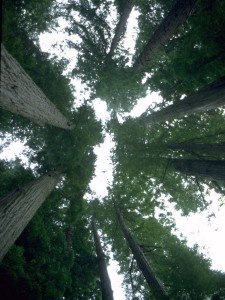